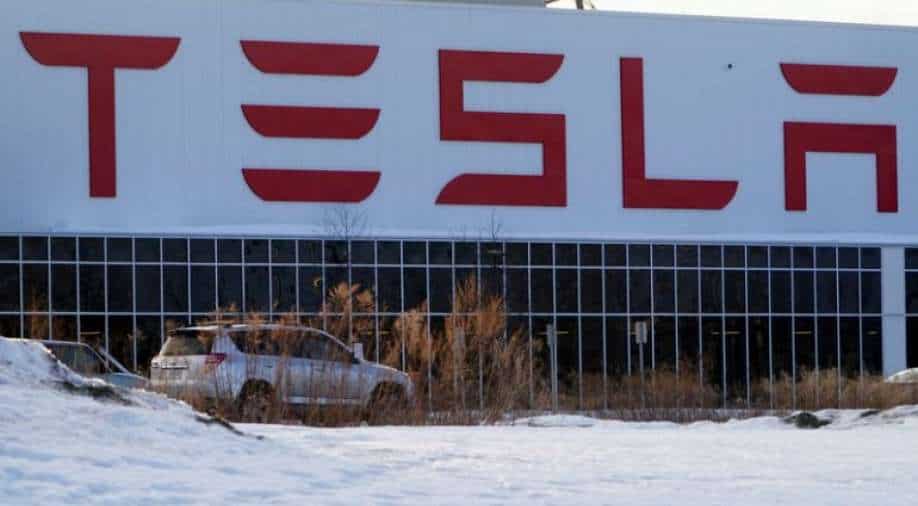 A Tesla sign is pictured outside the Tesla Gigafactory 2 in Buffalo, New York, US. Photograph:( Reuters )

Tesla has come under increasing scrutiny from NHTSA, which is investigating several issues and the electric vehicle manufacturer has issued 10 recalls since October

The preliminary evaluation covers 2021-2022 Tesla Model 3 and Model Y vehicles in the United States after the agency received 354 complaints about the issue over the past nine months.

NHTSA said the vehicles under review have an advanced driver assistance system that Tesla calls Autopilot that allows them to brake and steer automatically within its lanes.

NHTSA said: "Complainants report that the rapid deceleration can occur without warning, at random, and often repeatedly in a single drive cycle."

Owners say they have raised concerns with Tesla, which has dismissed the complaints saying the braking is normal, and some have called it "phantom braking".

The owner of a 2021 Tesla Model Y told NHTSA in October that while driving on a highway at 80 miles per hour "the car braked hard and decelerated from 80 mph to 69 mph in less than a second.

The braking was so violent, my head snapped forward and I almost lost control of the car."

NHTSA in August opened a formal safety probe into Tesla`s Autopilot system in 765,000 U.S. vehicles after a series of crashes involving Tesla models and emergency vehicles.

Earlier this month, NHTSA confirmed it was reviewing consumer complaints that Tesla vehicles were activating the brakes unnecessarily.

A preliminary evaluation is the first phase before NHTSA could issue a formal recall demand.

In May, Tesla chief executive Elon Musk said dropping a radar sensor from its partially automated driving system would address "phantom braking," which some Tesla drivers have long complained about. Tesla, which disbanded its media relations department, did not respond to a request for comment.

Tesla has come under increasing scrutiny from NHTSA, which is investigating several issues and the electric vehicle manufacturer has issued 10 recalls since October, including many for software issues and some under pressure from the agency.

Good to see NHTSA being more active in reigning this company in."

In November, Tesla recalled nearly 12,000 US vehicles sold since 2017 because a communication error may cause a false forward-collision warning or unexpected activation of the emergency brakes.

The recall was prompted after a software update on Oct. 23 to vehicles in its limited early access version 10.3 Full-Self Driving (FSD) (Beta) population.

FSD is an advanced driver assistance system that handles some driving tasks but Tesla and NHTSA say it does not make vehicles autonomous.

The recall came after NHTSA in October asked Tesla why it had not issued a recall to address software updates made to its Autopilot driver-assistance system to improve the vehicles` ability to detect emergency vehicles.

Last week, Tesla recalled 578,607 U.S. vehicles because pedestrians may not be able to hear a required warning sound of an approaching car due to loud music or other sounds played by its "Boombox" feature.

Musk said last week on Twitter "the fun police made us do it (sigh)."