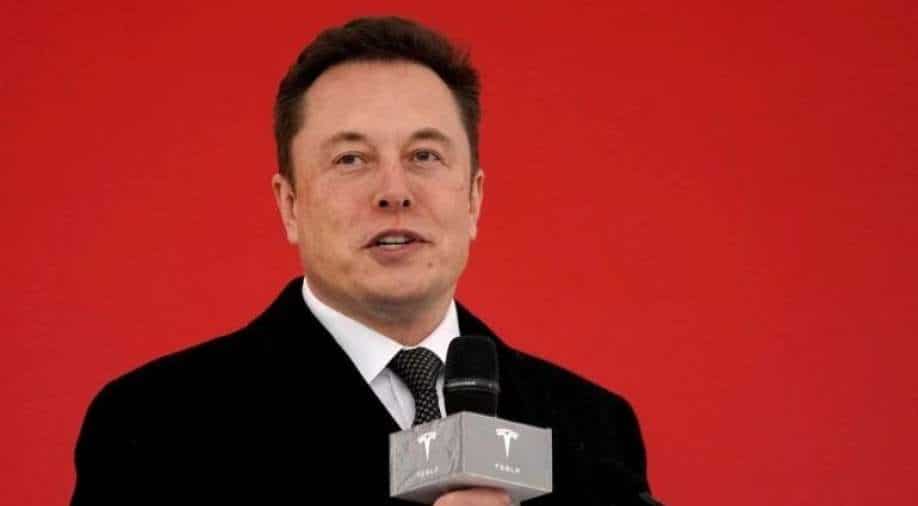 In this file photo, Tesla CEO Elon Musk can be seen Photograph:( Reuters )

Filing with the US Securities and Exchange Commission (SEC) showed that this donation took place last year from November 19 to November 29.

Shares donated to charity are not subject to capital gains tax and analysts have said there would be a tax benefit for Musk potentially gifting Tesla stock.

"His tax benefit would be huge," said Bob Lord, an associate fellow at the Institute for Policy Studies who studies tax policy.

"He'd save between 40 per cent and 50 per cent of the $5.7 billion in tax, depending on whether he could take the deduction against his California income and he'd avoid the gains tax he would have to pay if he sold the stock."

It comes after Musk asked on Twitter poll if people thought he should sell 10 percent of his stake in Tesla. Most people who responded said he should.

Since conducting that survey Musk has sold more than 11 million shares in Tesla. He hit 10 percent of his stake when he sold 6 million more.

This is more than he needs to pay current tax obligations, and experts say he’s either converting part of his fortune from stock to cash, or he’s saving for bigger tax bills that will come due next year.

The sometimes abrasive and unpredictable Musk, whose net worth is around $300 billion, said he proposed selling the stock as some Democrats have been pushing for billionaires to pay taxes when the price of the stocks they hold goes up, even if they don’t sell any shares.

However, the wording on unrealised gains, also called a “billionaires tax,” was removed from President Joe Biden’s budget, which is still being negotiated.

Despite various controversies, shares of Tesla have soared over the last two years, making Musk the world's richest person.