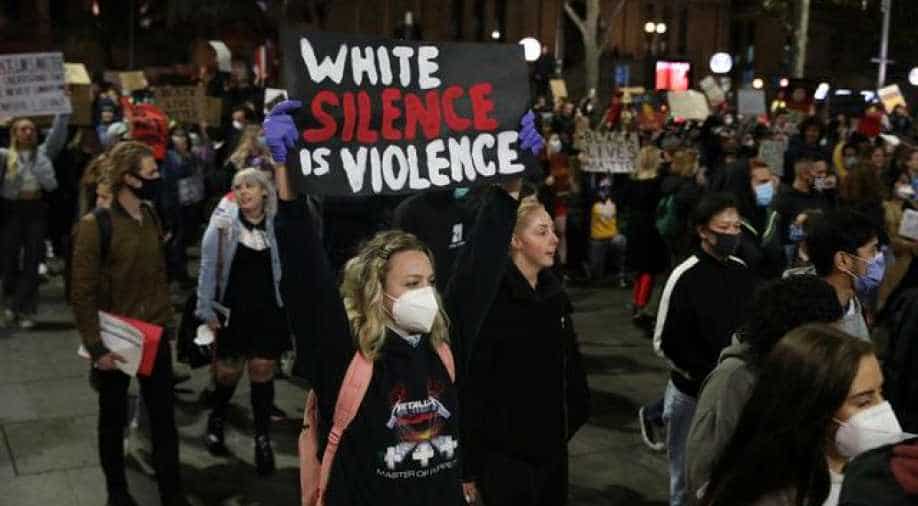 The report has come at a time when the US is already struggling with racial injustice and hate, which is being countered with the Black Lives Matter and Stop Asian Hate campaigns

Human rights in the US have deteriorated massively in 2020 under the rule of former US president Donald Trump.

Watchdog group Amnesty International released a report on Tuesday that listed 15 human rights areas of concern in the US, which included the unlawful killing of civilians, right to peaceful assembly and LGBTQ rights.

The report has come at a time when the US is already struggling with racial injustice and hate, which is being countered with the Black Lives Matter and Stop Asian Hate campaigns.

“Our history is built on our Bill of Rights and the First Amendment … that guarantees the right to peaceful assembly, free speech and free expression,” said Joanne Lin, Amnesty’s national advocacy director. “But as we have seen in our own country, those rights can be placed in great peril and are often under tremendous assault, especially during times of crisis,” Al Jazeera quoted Lin as saying.

The report claims that the coronavirus pandemic, which hit the US hardest, has caused repeated lockdowns which led to a decline in the economy. The repeated lockdowns led to widespread job loss and an uneven government response that led to a “disproportionate and discriminatory impact on many people based on their race, socioeconomic situations and other characteristics”.

As per the report, the coronavirus pandemic has disproportionately affected the people of colour in the US which has been caused “due to unsanitary conditions in prisons and detention where they were unable to adequately physically distance and had inadequate access to hygienic supplies”.

Amnesty has also blamed Trump for decreasing human rights in the US. “Trump administration’s broadly dismal human rights record, both at home and abroad, deteriorated further during 2020”.

It has been reported that at least 1,000 people have been killed by police firearms, of which Black people have been severely attacked. It also added that law enforcement officers committed “widespread and egregious human rights violations against people protesting about the unlawful killings of Black people and calling for police reform” during the Black Lives Matter movement.

Amnesty “documented 125 separate incidents of unlawful police violence against protesters in 40 states and Washington, DC, between 26 May and 5 June alone,” the report read.