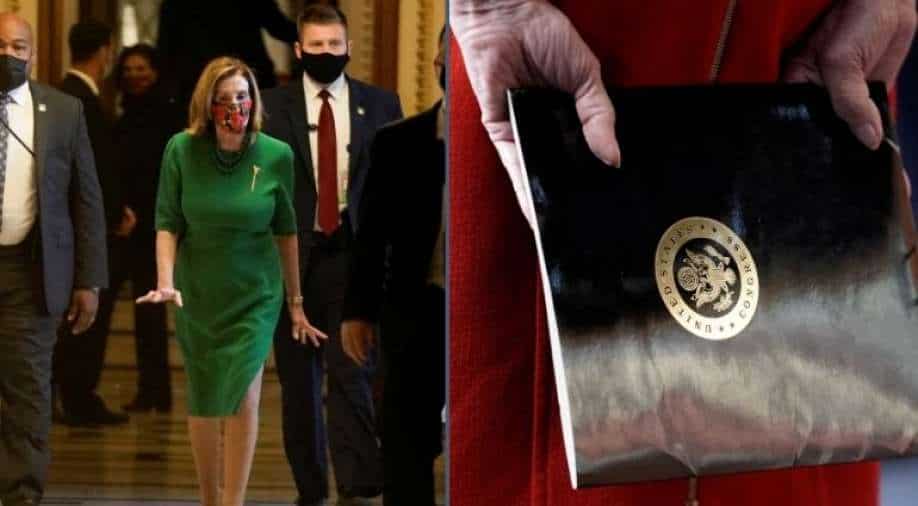 Speaker of the House Nancy Pelosi (D-CA) walks back to her office after opening the House floor following an agreement of a coronavirus disease (COVID-19) aid package the night before on Capitol Hill, Washington, D.C., U.S., December 21, 2020 Photograph:( Reuters )

The United States House of Representatives passed an $892 billion COVID-19 aid package on Monday to inject some life into the country’s battered economy, and is due for a Senate approval later in the evening.

In addition, The House also passed a $1.4 trillion measure to ensure that the US government remains funded over the next year, which will also be sent to the Senate for consideration. If signed, the relief bill would become law once passed by the Senate and signed by US President Donald Trump.

It includes $600 worth of payments for Americans, along with additional payments for millions of people who lost work owing to the pandemic. This comes in as a series of benefits expire on Saturday.

According to the White House, Donald Trump will sign the bill. House Speaker Nancy Pelosi said that the bill "doesn't go all the way but it takes us down the path."

"At long last, we have the bipartisan breakthrough the country has needed," Republican Senate Majority Leader Mitch McConnell said after the deal was reached yesterday.

Earlier, a $2.3 trillion aid bill was passed in March, which was the largest economic stimulus in the country’s history.

"Finally we have some good news to deliver to the American people," he said on the Senate floor.

The package would provide $600 worth of boost to individuals. In addition, it would provide $300 unemployment payments, with additional aid worth billions of dollars.

Lawmakers were able to resolve disputes over the Federal Reserve’s pandemic lending authority, funding of education and lending for small businesses.

The Congress is attempting to imbibe the aid package in a $1.4 trillion spending bill, which will fund government aid programmes upto September 2021.