US election 2020: Who does China really want to win the presidential race? 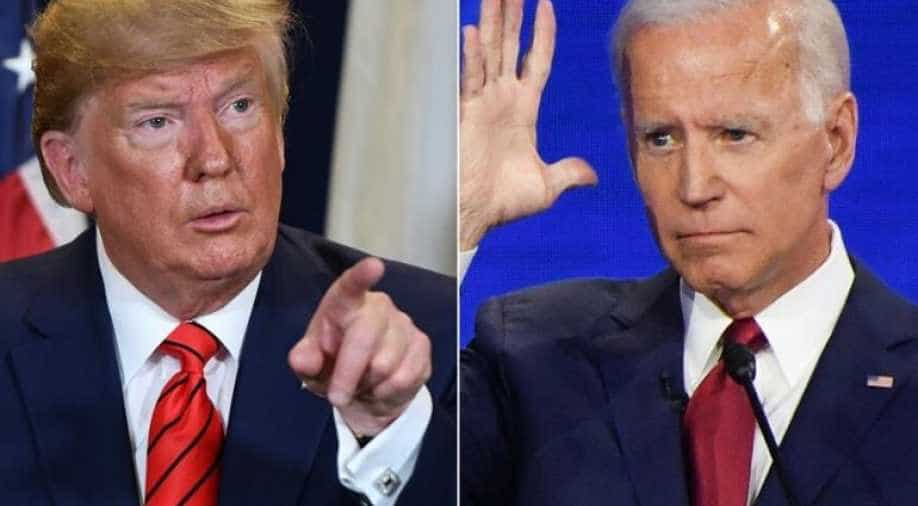 The US presidential election, arguably the most consequential exercises in democracy on the planet, is closely observed by Beijing's government officials

With less than two weeks to go for the US election 2020, both presidential candidates Donald Trump and Joe Biden have been a source of intrigue and intrigue for the rulers of China's Communist Party.

The US presidential election, arguably the most consequential exercises in democracy on the planet, is closely observed by Beijing's government officials.

But with a spiralling pandemic, a shattered economic landscape and a deep political polarisation, America is heavily divided at the moment.

Also read: Is the Trump campaign colluding with Russia again?

Although relations are as icy as at any time since formal ties were established four decades ago, this appears as the ''perfect opportunity'' to China as Western democracy seems to be facing a legitimacy crisis.

Under his 'America First' banner, Trump has portrayed China as the greatest threat to the United States and global democracy.

He has launched a massive trade war that has cost China billions of dollars, harangued Chinese tech firms and lay all the blame for the pandemic with Beijing.

But another Trump triumph in November may have its advantages for China as President Xi Jinping seeks to cement his nation's rise as a global superpower.

According to Professor Yan Xuetong, dean of the Institute of International Relations at Beijing's Tsinghua University, "If you ask me about where China's interests lie," he says, "the preference would be for Trump rather than Biden".

"Not because Trump will do less damage to China's interests than Biden, but because he definitely will damage the US more than Biden," he added.

China's leadership could be handed "the opportunity to boost its global standing as a champion for globalisation, multilateralism, and international cooperation," said Zhiqun Zhu, professor of political science and international relations, Bucknell University.

Trump has pulled America from a sprawling Asia-Pacific commercial deal and climate agreements imposed billions of dollars of tariffs on Chinese goods and withdrawn the US from the World Health Organization at the height of a global pandemic.

Where the US has retreated, Xi has stepped forward.

He has presented his country as the champion of free trade and a leader in the fight against climate change, as well as vowed to share any potential Covid-19 vaccine with poorer nations.

"A second Trump term could give China more time to rise as a great power on the world stage," Zhu said.

Philippe Le Corre, a China expert at the Harvard Kennedy School in the United States, agreed an extension of Trump's 'America First' policies would be of long-term benefit for Beijing.

"(It) partially cuts Washington off from its traditional allies," he added, and that gave China room to manoeuvre.

China's nationalists have openly cheered, or jeered, for Trump.

"You can make America eccentric and thus hateful for the world," Hu Xijin, editor-in-chief of the Global Times, a chest-beating nationalist paper, warned in a Tweet directed at the US president.

"You help promote unity in China."

Trump has undoubtedly inflicted economic and political pain on China.

"China has lost out enormously in its plan for trade and technology," said Beijing-based political analyst Hua Po.

In January the US and China signed a deal bringing a partial truce in their trade war that obliged Beijing to import an additional $200 billion in American products over two years, ranging from cars to machinery and oil to farm products.

The enmity also extends into defence and human rights, with Taiwan, Hong Kong and the treatment of China's Muslim Uighur minority all making waves in the US.

But China may not win much relief in any of these areas if Trump loses to Democratic challenger Joe Biden.

Beijing worries that Biden is likely to renew American leadership on human rights, pressing China on issues of the Uighurs, Tibet and freedom in Hong Kong.

"Biden is likely to be tougher than Trump on human rights issues in Xinjiang and Tibet," said Zhu, of Bucknell University.

And on tech and trade -- crucial flashpoints in the US-China rivalry -- it is unclear just how much room a Biden White House would have to manoeuvre.

"Biden will inherit the tariffs, and I'm doubtful he would lift them unilaterally," said Bonnie Glaser, Director of the China Power Project at the Center for Strategic and International Studies.

"Beijing will probably have to concede to other US demands if it wants the tariffs lifted."

China will also have to come up with convincing arguments on data security if it is to avoid more damaging bans on its tech firms.

According to Theresa Fallon, director of the Centre for Russia Europe Asia Studies in Brussels, "Politically, it will be almost impossible for Biden to reverse these policies."

"Huawei has been on the US radar as a security threat even before the Trump presidency," she added.