Trump says top health expert was 'confused' about vaccine, but not him 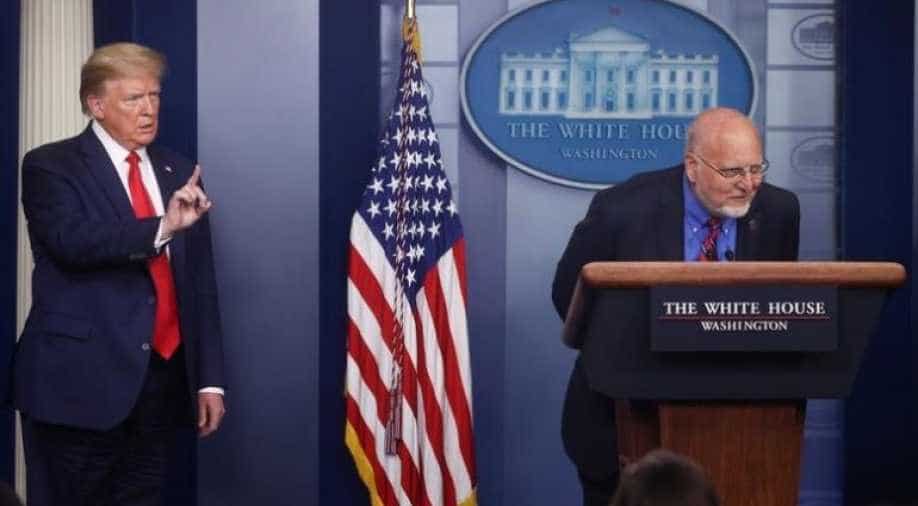 In an interaction with few local reporters on Wednesday, Trump told them the vaccine will be ready till October, i.e. two weeks

The top health experts can be wrong, but the US President Donald Trump can never be wrong even in scientific proofs, or so he believes.

On Tuesday, in an interview with Fox News, Trump had claimed that the COVID-19 vaccine will be available after "four weeks, it could be eight weeks." However, hours later at a town hall event, he shortened the wait time by amonth and claimed, "We're very close to having a vaccine. We're within weeks of getting it you know — could be three weeks, four weeks."

So now that a whole day has passed, the timeline was expected to get shorter, and so it did. In an interaction with few local reporters on Wednesday, Trump told them the vaccine will be ready till October, i.e. two weeks.

In a race to win the  US elections, which are scheduled for November 03, Trump seems to be ready to play with every possible trick down his sleeve and COVID-19 vaccine happens to be one of them.

The recent claim of the vaccine being ready within two weeks has come after the remarks made in the Senate testimony by Centers for Disease Control and Prevention director Robert Redfield.

On Wednesday, Redfield had told lawmakers that a "very limited" distribution to of the vaccine will be made available to priority groups including first responders, and the timeline for that may be around November or December, clearing that this was not guaranteed. He had also added that full implementation would take many more months at least.

When asked when would a safe vaccine be available for masses, Redfield has said, "I think we're probably looking at late second quarter, third quarter 2021."

However, Trump quickly dismissed the experts' scientifically-backed information by saying, "I think he made a mistake when he said that. That's just incorrect information."

"We're very close to that vaccine as you know... We think we can start sometime in October," Trump said.

"I believe he was confused," he said of Redfield. "I am just telling you we are ready to go as soon as the vaccine happens."

The best defense we currently have against this virus are the important mitigation efforts of wearing a mask, washing your hands, social distancing and being careful about crowds. #COVID19

This is not the first time a contradiction has occurred between these two. Earlier this week, when Redfield was busy urging people to wear masks to contain the spread of coronavirus, Trump told people to wear masks only when needed and not 'all the time' as they are not very helpful. He even added, "I think there are a lot of problems with masks. It's not more effective than a vaccine."

The comment was also criticised by his rival, Joe Biden, who expressed concern about the president's approach towards the coronavirus.