US election 2020: Biden shares a profound message about love and light while the US votes 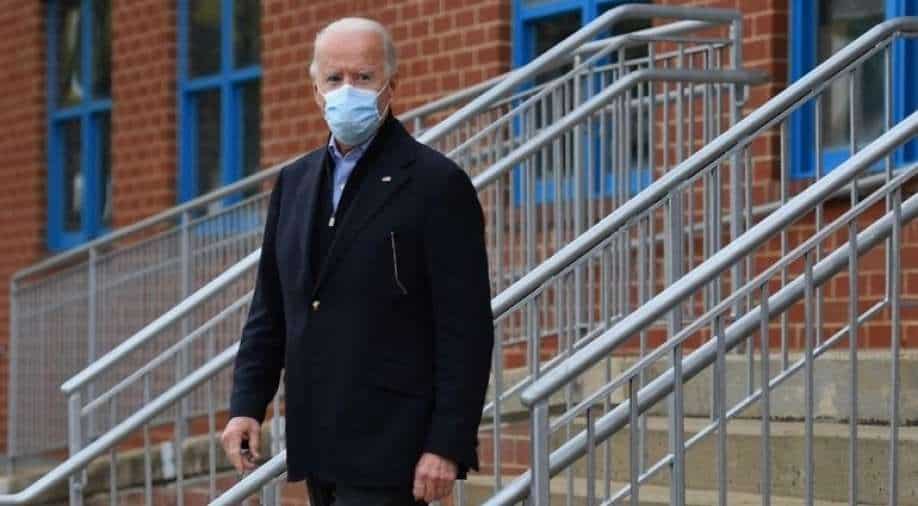 The United States is currently voting for its next president, whereby the incumbent President Donald Trump is fighting against Democratic hopeful Joe Biden in the 2020 US elections.

The United States is currently voting for its next president, whereby the incumbent President Donald Trump is fighting against Democratic hopeful Joe Biden in the 2020 US elections.

With polling set to end soon across multiple states, Joe Biden urged Americans to vote, but taking on a more profound tone than a few hours ago.

In Pics: Crucial states that could determine course of the race

A 3:00 IST, he had tweeted out the following: "Who we are. What we stand for. Who we are going to be. It's all at stake — and you have the power to determine the outcome".

This is our moment to prove that:

In Delaware, Biden had said, "There’s just so much in play right now … We’ll see. If there’s something to talk about tonight, I’ll talk about it. If not, I’ll wait ‘til the votes are counted the next day" after he was asked by reporters whether he had something to share, and whether he would commit to a plan as soon as results are announced.

On being asked whether he intends to answer Trump incase the incumbent president declares victory before final counting, he said, "It depends on what he says and how he says it."

"Presidents can’t determine what votes counted or not counted and, you know, voters determine who is president," Biden said.

"No matter what he does or what he says, the votes are going to be counted", CNN quoted him as saying.

While talking about voting trajectory, Biden said that "It’s just so uncertain". "Look, you can’t think of an election in the recent past where so many states are up for grabs. The idea I’m in play in Texas, Georgia, North Carolina, Florida — I mean, come on. Texas?"

Meanwhile, US President Donald Trump predicted that he would win "very big" in Florida.