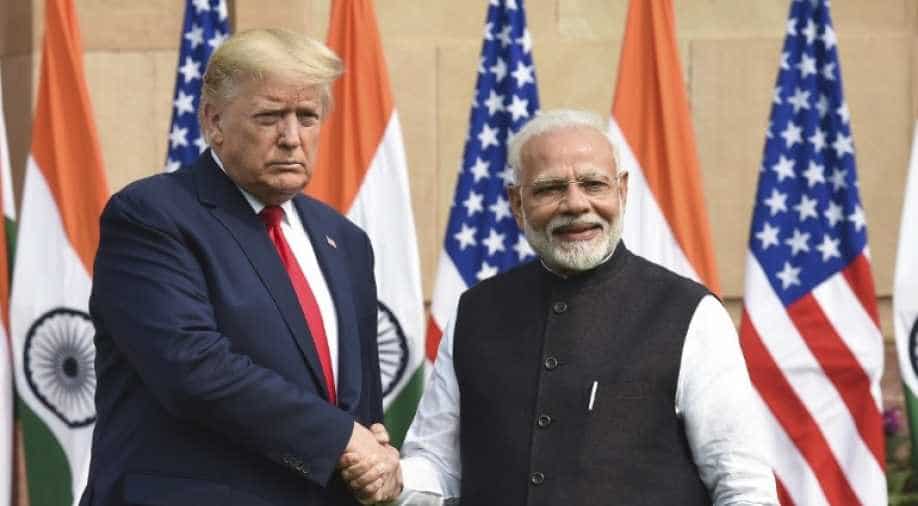 A recent survey has revealed that there are 12 factors that are taking Indian Americans closer towards US President Donald Trump than his Democratic rival Joe Biden in the battleground states, which include his bonhomie with Indian Prime Minister Narendra Modi.

"It is mostly about the Trump-Modi factor," the survey conducted by Al Mason, co-chair of the Trump Victory Indian American Finance Committee, said, as quoted by news agency PTI.

According to the survey at least 50 per cent of the potential Indian American voters, the vast majority of whom have traditionally voted for Democrats in the previous presidential elections, will vote for Trump.

It said that Indian-Americans believe the Trump-Modi relationship will successfully counter China's influence at the global stage.

Amongst the factors that are working for Trump include the US president treating Indian and Modi on equal footing, staying away from India's internal affairs, especially on the issue of Kashmir and raising India's status at the global level.

"Trump has elevated India's stature on the world stage. Of course, due credit also goes to Prime Minister Narendra Modi for his skilled policy towards the US. The India-US relationship has been rock solid. Kudos to the brilliance of both Trump and Modi for cementing the bond between India and US," it said.

The survey also said Trump's tough stance against China, his being seen as a man of peace rather than throwing the US into war, and the country's economic comeback amidst coronavirus pandemic are working in the favour of the US president.