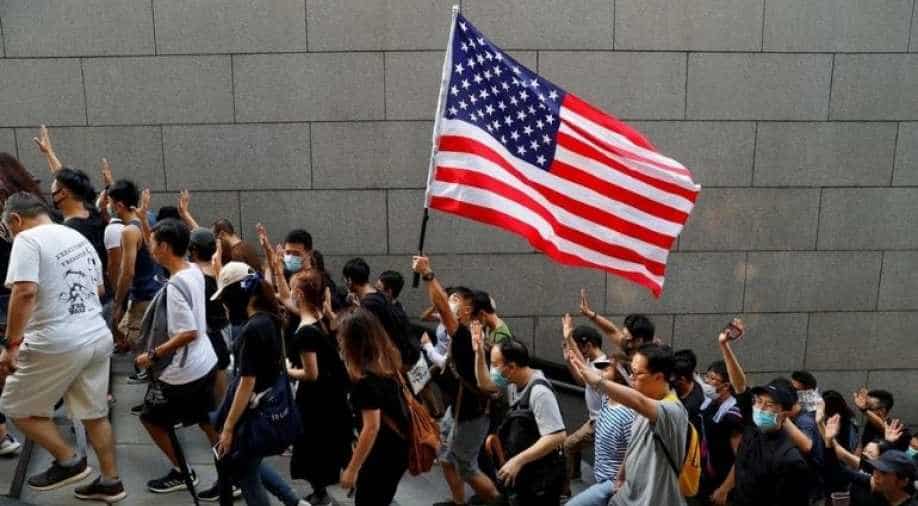 The statement came after China's state-owned media house, Global Times, reported a story stating that the recent meeting was against the new security law

The US consulate in Hong Kong has rubbished the reports of diplomats meeting pro-democracy politicians as a breach of the new National Security Law.

The statement came after China's state-owned media house, Global Times, reported a story stating that the recent meeting between the US Consul general Hanscom Smith and pro-democracy politician violates the rules laid out by the new Chinese National Security Law.

Calling it "ludicrous", the US Consulate in Hong Kong said, "These meetings are neither secretive nor mysterious."

"The suggestion that those who meet with consulate representatives are engaging in 'collusion' is ludicrous," it added.

China imposed the much criticised National Security Law in Hong Kong. The US protested against the aw months ago, too, calling it a tool to hush the pro-democracy voices.

In its statement, the US consulate called the law "draconian" and said its imposition was "never about security".

"Instead, it was intended to silence democracy advocates and threaten those who engage in even the most routine forms of free speech," it said.

"It would be an enormous tragedy if it crushed the very openness, diversity, and vitality that are at the heart of what makes Hong Kong so unique."