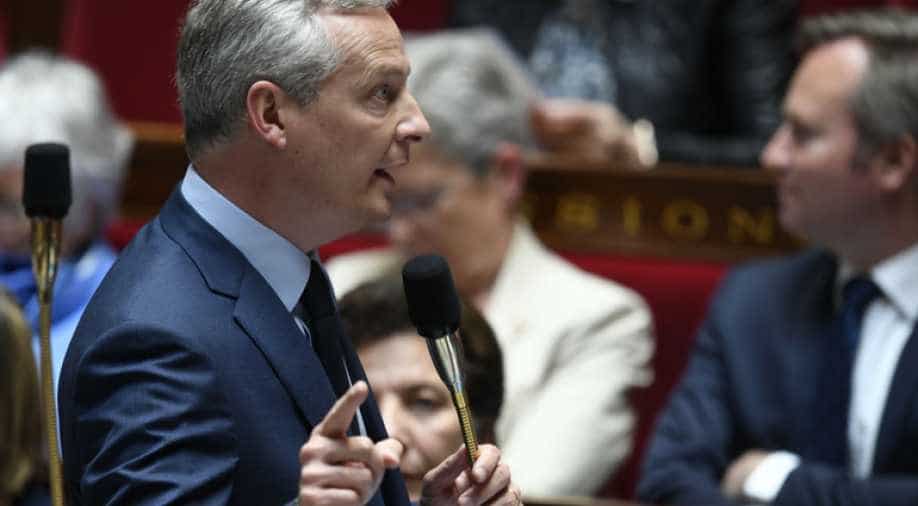 Europe could end up rueing a potential new deal between China and the United States after the two sides stepped back from a trade war, France's Economy Minister Bruno Le Maire warned Sunday.

"The United States and China risk entering an agreement at the expense of Europe if Europe is not capable of showing a firm hand," Le Maire told CNEWS television.

"The United States wants to make Europe and European countries pay for China's bad behaviour. All of that is totally absurd and incomprehensible for allies," he said.

His comments came after a joint statement issued in Washington said Beijing had agreed to reduce its trade deficit, "significantly" increasing purchases of American goods.

Trump had threatened China with tariffs on up to $150 billion (127 billion euros) of imports, prompting Beijing to warn it would target US agricultural exports, aircraft, and even whiskey.

US levies on $50 billion of Chinese imports could have come into effect as early as next week.

Trump had in March imposed steep tariffs on Chinese steel and aluminium imports, though it exports comparatively little of the metals to the US market.

Le Maire said French President Emmanuel Macron had been "very clear" on his request for "total and definitive exemption from American tariffs".

Trump announced earlier this month that the EU would be shielded from his steel and aluminium tariffs along with Mexico and Canada, but only for another 30 days.

On Friday, the EU told the World Trade Organization that it was ready to unfurl retaliatory measures against US metal tariffs, which would include European tariffs on motorcycles and bourbon.