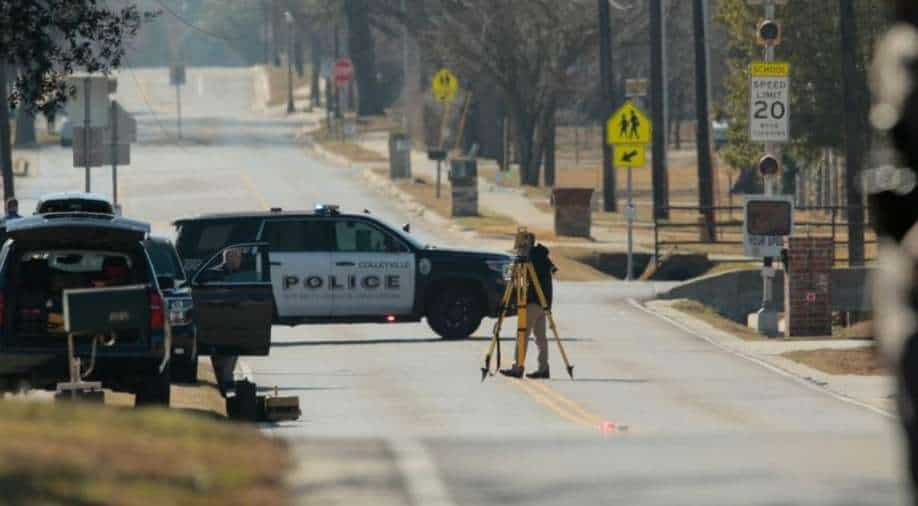 Joe Biden said that a gunman who disrupted a religious service in a synagogue had engaged in an "act of terror". Photograph:( IANS )

In the aftermath, UK police have arrested two teenagers as part of the investigation in relation to the Texas synagogue situation

US authorities identified as a British citizen the gunman who, on Saturday (January 15), held four people as hostages at a synagogue in Colleyville, Texas.

Federal Bureau of Investigation (FBI) named the 44-year-old British citizen Malik Faisal Akram from Blackburn. Although, there was not sufficient information on why he had targeted the synagogue.

Akram had interrupted a morning service at the Congregation Beth Israel synagogue in the suburb of Dallas. He was shot dead after a 10-hour standoff with police in Colleyville.

A man identifying himself as Akram's brother Gulbar said in a Facebook post that the suspect had suffered from mental health problems.

"We would like to say that we as a family do not condone any of his actions and would like to sincerely apologize wholeheartedly to all the victims involved in the unfortunate incident," Gulbar said in the post to a Muslim community Facebook page.

An FBI Hostage Rescue Team stormed the synagogue on Saturday night to free the remaining three hostages; one other hostage had been freed earlier.

In the aftermath, UK police have arrested two teenagers as part of the investigation in relation to the Texas synagogue situation.

"Two teenagers were detained in South Manchester this evening. They remain in custody," the Greater Manchester Police said in a statement.

Although, the FBI's field office in Dallas had earlier said there was "no indication" that anyone else was involved in the attack on the synagogue.

Biden was in Philadelphia to mark Martin Luther King Jr. Day with a visit to the Philabundance food bank, the same stop he made last year.