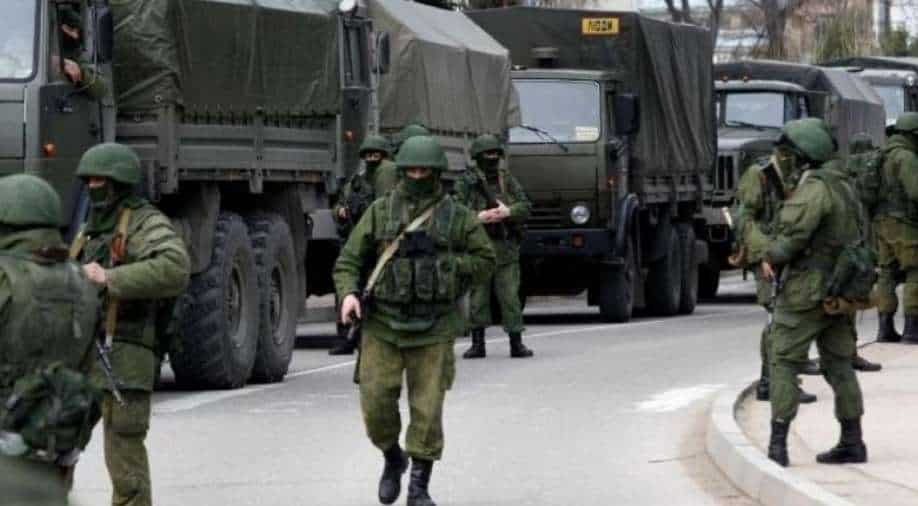 Russia launched its military buildup along the Ukrainian border because it could no longer "tolerate" NATO's eastward expansion and "gradual invasion" of Ukraine, according to a spokesman for Russian President Vladimir Putin.

"We have seen the gradual invasion of NATO into the Ukrainian territory with its infrastructure, with its instructors, with supplies of defensive and offensive weapons, teaching the Ukrainian military and so forth. That brought us to the red line, a situation where we couldn’t tolerate it anymore," he said.

Participating in a television program, Putin spokesman Dmitry Peskov said, "The stage for the current border crisis was set decades ago, in the 1990s."

Pictures: What will happen if Russian troops invade Ukraine?

"When Germany was reunited and when the then-Soviet Union and Soviet Union leader Mikhail Gorbachev said OK to that, there was a promise by American side.Unfortunately, not fixed in a juridical, in a legally binding guaranteeing document, but it — there was a guarantee that NATO would never ... expand its military infrastructure or political infrastructure eastwards, " Peskov said.

"Unfortunately, the opposite thing started to happen since then, and NATO's military infrastructure started to get closer and closer to the borders of the Russian Federation," he added, saying that recent actions by the U.S. military led Russia to feel that its national security was being "endangered."

According to Peskov, a professional diplomat and veteran Putin spokesman, NATO is a "weapon of confrontation," not a "dove of peace."

Russia has asked for an assurance that Ukraine will not join NATO, which it believes would pose a serious threat to its security.

If security discussions with the US and NATO fail, Russia will not consider military action, but it will be ready to respond if its concerns are disregarded, according to Kremlin spokesman Dmitry Peskov.

Some of the red lines, according to Peskov, are NATO's reluctance to guarantee not to admit Ukraine as a member, put offensive weapons on its soil, or halt advancing military facilities to the Russian border.He stated that the Kremlin wanted NATO to begin considering its concerns.