US and Mexico presidents to discuss migration policies for 'increased production' 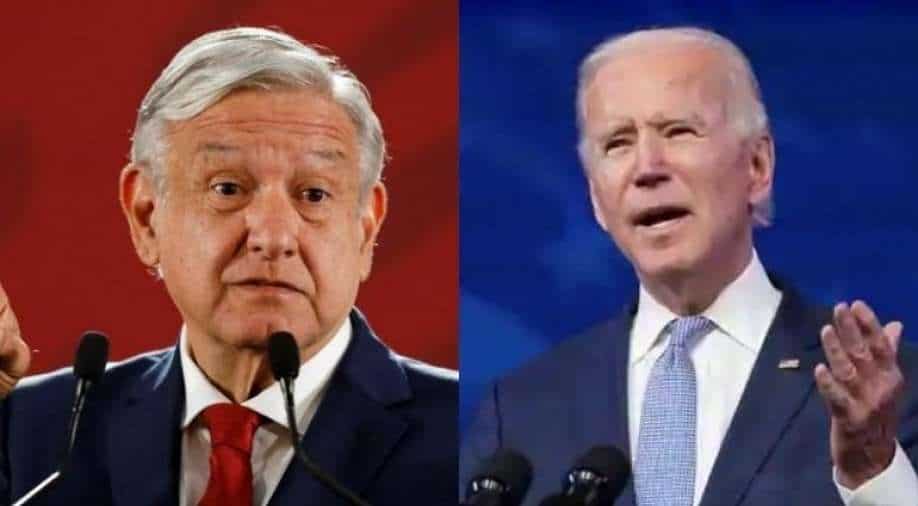 Speaking at an event in Zacatecas, Lopez Obrador said that migration — of Mexicans to the US — would be one of the key points of his discussion with President Biden

Mexico and the US have been having troubles under the ruling of the twice-impeached (and acquitted) former president Donald Trump. However, Mexico believes the relationship is about to get better under the changed leadership of the recently-elected president Joe Biden.

In a virtual meeting with Biden on Monday, the Mexican president Andres Manuel Lopez Obrador is hoping to talk to his American counterpart about the importance of migrant labour in the US.

Also read| 'Be prepared': Biden to Iran after US airstrike in Syria

Speaking at an event in Zacatecas, Lopez Obrador said that migration — of Mexicans to the US — would be one of the key points of his discussion with President Biden.

He is hoping to convince Biden that the US "is going to need Mexican and Central American workers in order to grow, to produce."

Despite the construction of the infamous 'Mexico wall', Lopez Obrador is assuming that the US would need at least 600,000 to 800,000 migrant workers a year.

Reminiscing about the World War II days, he recalled that the US and Mexico had reached their so-called Bracero agreement under which Mexicans travelled legally to America to fill the vacancies in the US which were left empty due to soldiers travelling abroad to fight.

Lopez Obrador feels the situation is not very different now, and added "without Mexican labor, how can the United States be sure of increased production?"

This has come after Biden, upon his arrival in the White House, cancelled the controversial migration program and has been allowing small groups of migrants to enter the country under the asylum requests.