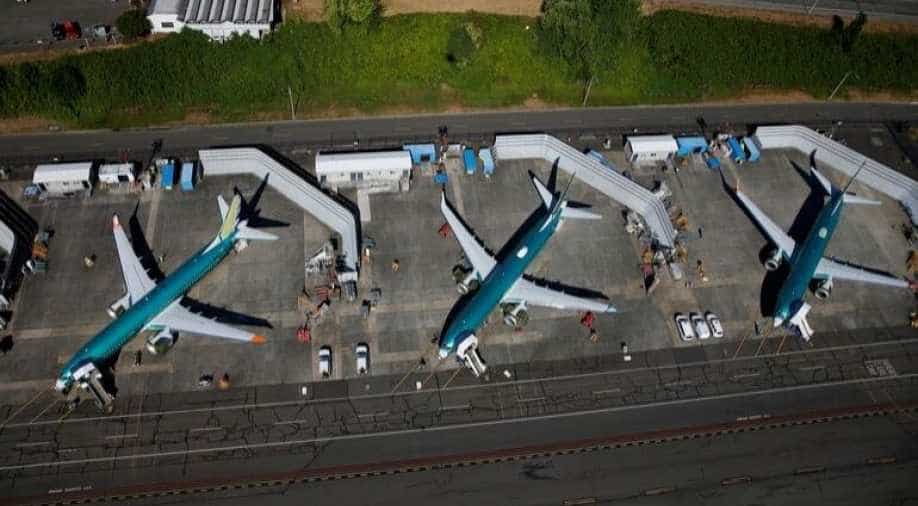 The engineer said in the complaint filed this year than during the development of the 737 MAX, Boeing had rejected a safety system to minimize costs, the New York Times had reported earlier.

A US panel has asked Boeing Co to make an engineer available for an interview regarding an internal ethics complaint the engineer filed on the safety of the now-grounded 737 MAX jet.

The engineer said in the complaint filed this year than during the development of the 737 MAX, Boeing had rejected a safety system to minimize costs, the New York Times had reported earlier.

The engineer, who worked on cockpit instruments and controls, felt the safety system could have reduced risks that contributed to two fatal crashes that killed 346 people in Ethiopia and Indonesia, according to the report.

"All of this information is critical to have as we prepare for our Committee's October 30th hearing with Boeing's CEO, as well as Boeing's chief engineer of its commercial airplanes division, and the chief pilot for the 737," said Peter DeFazio, chairman of the US House Transportation and Infrastructure Committee.

"These reports certainly add to my concern that production pressures may have impacted safety on the 737 MAX, which is exactly why it's so critical we get to the bottom of this," he said.

The committee has been poring over hundreds of thousands of pages of documents and emails from Boeing and the Federal Aviation Administration, but it was not aware of the engineer's complaint, he said.

Boeing said it would continue to cooperate with Congress and regulatory authorities as it focuses on safely returning the MAX to service.

"Boeing offers its employees a number of channels for raising concerns and complaints and has rigorous processes in place, both to ensure that such complaints receive thorough consideration and to protect the confidentiality of employees who make them. Accordingly, Boeing does not comment on the substance or existence of such internal complaints," it said in a statement, responding to the New York Times report.

The US House Transportation and Infrastructure Committee did not immediately respond to a request for comment.