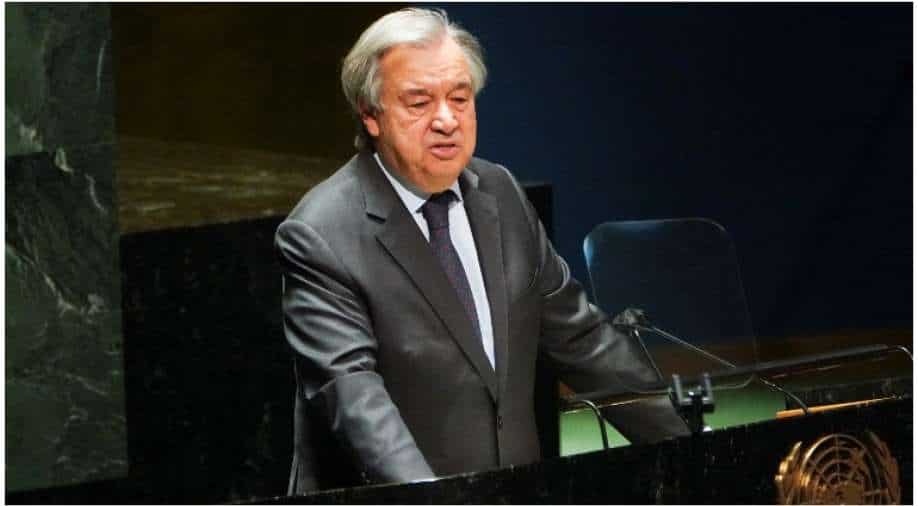 "The fighting in Ukraine must stop," warned UN Secretary-General Antonio Guterres, after the session began with a minute of silence for the victims of the conflict

United Nations held a rare emergency special session of General Assembly on Monday (February 28) to debate Russia's invasion of Poland. The countries condemned Rusia's "unprovoked armed aggression". Russia defended its decision to invade its neighbor as member state after member state made a plea for peace.

This was just 11th such session in United Nations' 77-year history.

"The fighting in Ukraine must stop," warned UN Secretary-General Antonio Guterres, after the session began with a minute of silence for the victims of the conflict.

More than 100 countries were expected to speak as the global body decides if it will support the resolution that demands Russia immediately withdraws its troops from Ukraine.

The resolution is non-binding but will serve as marker of how isolated Russia is.

A vote may not come until Tuesday. Its authors hope they may exceed 100 votes in favor -- though countries including Syria, China, Cuba and India are expected to either support Russia or abstain.

It will be seen as a barometer of democracy in a world where autocratic sentiment has been on the rise, diplomats said, pointing to such regimes in Myanmar, Sudan, Mali, Burkina Faso, Venezuela, Nicaragua -- and, of course, Russia.

"If Ukraine does not survive, the United Nations will not survive. Have no illusions," said Ukraine's ambassador to the UN, Sergiy Kyslytsya, imploring countries to support the resolution.

"We can save Ukraine, save the United Nations, save democracy and defend the values we believe in," he added.

Russian ambassador Vassily Nebenzia reiterated Moscow's stance -- flatly rejected by Kiev and its Western allies -- that its military operation was launched to protect residents of breakaway regions in eastern Ukraine.

"The hostilities were unleashed by Ukraine against its own residents," he said from the podium.

"Russia is seeking to end this war," he added.

Russian President Vladimir Putin launched a full-scale invasion of Ukraine on February 24. Moscow has pleaded "self-defense" under Article 51 of the UN Charter.

But that has been roundly rejected by Western countries and the UN, which accuse Moscow of violating Article 2 of the Charter, requiring its members to refrain from the threat or use of force to resolve a crisis.