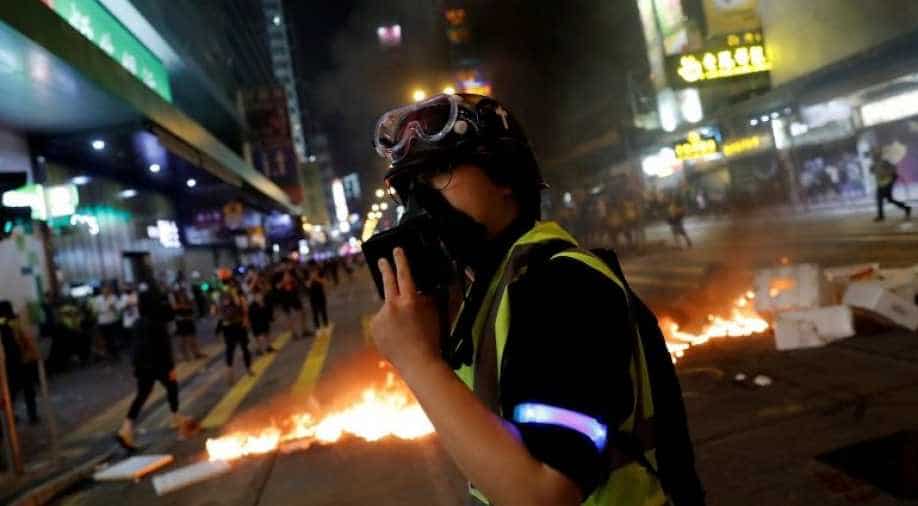 Spokesman Rupert Colville urged Hong Kong authorities to de-escalate the situation at the Polytechnic University and address the humanitarian situation of those inside.

The U.N. human rights office said on Tuesday that some Hong Kong demonstrators' resorting to extreme violence, including against police, was "deeply regrettable and cannot be condoned" and voiced concern that the situation could deteriorate further.

Spokesman Rupert Colville urged Hong Kong authorities to de-escalate the situation at the Polytechnic University - where about 100 protesters are holed up - and address the humanitarian situation of those inside "which is clearly deteriorating".

Hong Kong's embattled leader Carrie Lam said on Tuesday she hoped the standoff between police and a group of anti-government protesters at the university could be resolved and she had told police to handle it humanely.

Dozens of Hong Kong protesters staged a dramatic escape from a university campus sealed off by police on Monday by shimmying down plastic hosing from a bridge and fleeing on waiting motorbikes as the police fired projectiles.

Many more anti-government protesters remained trapped inside the Hong Kong Polytechnic University, and two prominent figures were allowed by police onto the campus late on Monday to mediate, a sign that there is a growing risk of bloodshed.

Polytechnic University in Hong Kong's Kowloon district is at the centre of a standoff in the past week that has seen the most intense violence in five months of anti-government demonstrations.

Some of the protesters who escaped on Monday lowered themselves several metres from a bridge they had occupied on the campus to a flyover below. They then sped off on the back of motorcycles that were already waiting or arrived quickly.

A number of them appeared subsequently to have been arrested, a Reuters witness said.

Other protesters, hurling petrol bombs, tried repeatedly to break into the campus but police fired tear gas and water cannon to push them back.

The United States expressed concern about the situation but China's ambassador to London accused Western countries of interfering.