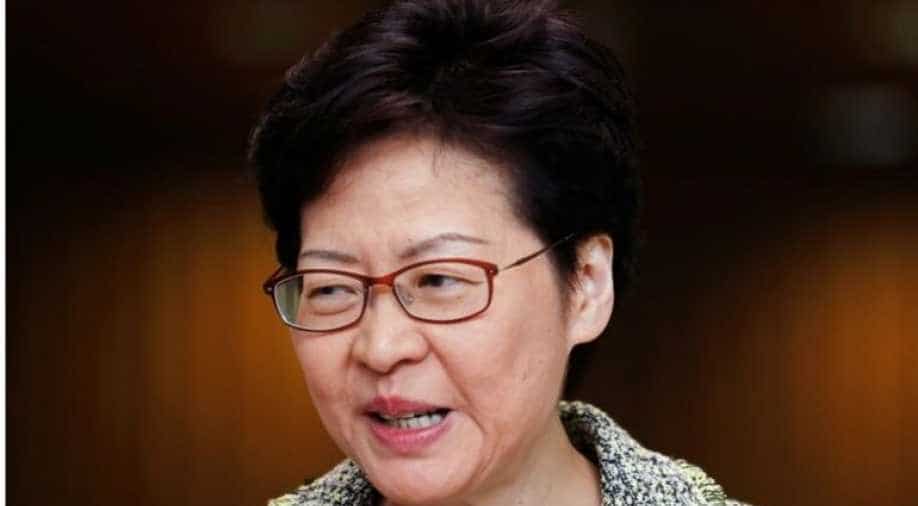 Hong Kong's chief executive said Tuesday that protesters occupying a city-centre university had to surrender if the three-day stand-off was to be resolved peacefully.

In her first public comments on the siege at Hong Kong Polytechnic University (PolyU), Carrie Lam said she believed around 100 people remained at the campus, surrounded by police who were trying to quell the unrest.

"This objective could only be achieved with the full cooperation of the protesters, including of course the rioters that they have to stop violence, give up the weapons and come out peacefully and take the instructions from the police," she told a press conference.

Hundreds of mainly young protesters took over the campus at the weekend, holding off police assaults with a barrage of Molotov cocktails, bricks and arrows, in the most extreme expression of a popular protest movement that is now in its sixth month.

China insisted Tuesday it held the sole authority to rule on constitutional matters in Hong Kong, as it condemned a decision by the city's high court to overturn a ban on face masks worn by pro-democracy protesters.

The statement could further fan the flames in Hong Kong after months of violent protests over concerns that Beijing is chipping away at the autonomy of the financial hub.