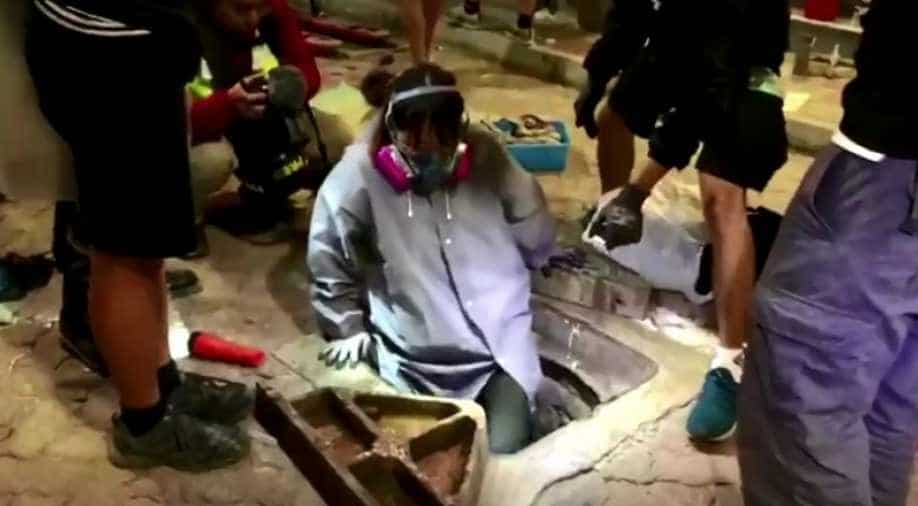 Protesters at the besieged Hong Kong Polytechnic University (PolyU) have refused the city leader Carrie Lam's demands to surrender in order to allow a peaceful resolution. As many protesters remain on the other side of the barricades on campus, authorities are attempting to free the campus of people.

China's envoy has threatened protesters with stringent action by saying that they will not ''sit back'' if things become uncontrollable.

The protests in running into their sixth month, with high school students being trapped inside the university. Recently, the clashes have become more violent, as the police shot at a student and a man was set ablaze.

In the backdrop of this state-sanctioned violence, the students fear being shot at by the police, as many remain huddled in silver emergency survival blankets.

Many protesters took the leap overnight by escaping the campus via ropes from a footbridge downward to a road and later rode away on motorbikes, while many hid in manholes.

In an apparently coordinated effort to distract police during the escape operation, tens of thousands of people streamed towards the PolyU campus as clashes simultaneously raged with police in nearby Kowloon district.

This crisis is the most intense and long-lasting in Hong Kong, as millions flooded the streets in June after an extradition bill that would have allowed people to be moved to mainland China. From this, the protests have evolved into a full-fledged call for democracy and distance from China and its government.

Earlier today, Hong Kong leader Carrie Lam requested the protesters to surrender at the university and to help resume peace.

Hong Kong appointed their new police chief, Chris Tang, today. He took office with a warning that "fake news" was undermining the reputation of his police force.

Tang replaced Commissioner Stephen Lo in the face of major anti-government protests in the city, which have now escalated into a scuffle at a university.

The protests have been ongoing for the last five years against the government of Hong Kong and the influence of China on the city.