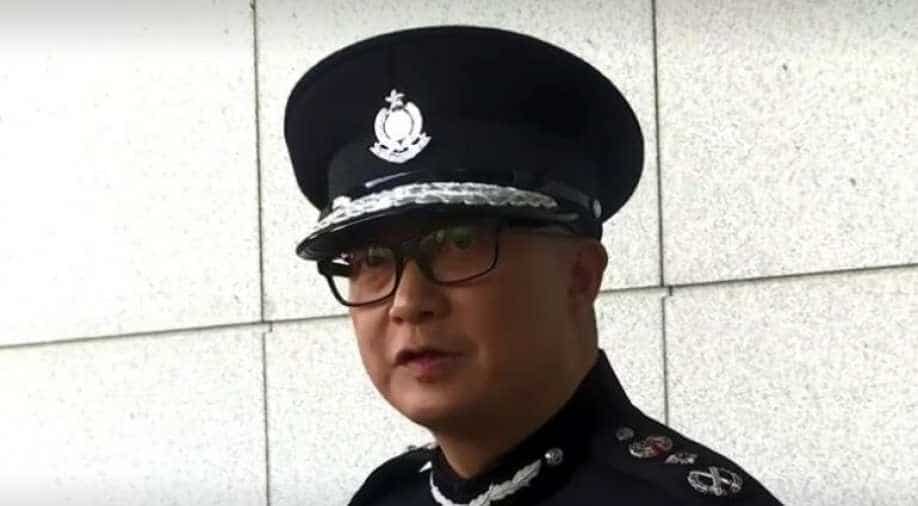 Hong Kong appointed their new police chief, Chris Tang, today. He took office with a warning that "fake news" was undermining the reputation of his police force.

Tang replaced Commissioner Stephen Lo in the face of major anti-government protests in the city, which have now escalated into a scuffle at a university. The protests have been ongoing for the last five months against the government of Hong Kong and the influence of China on the city.

Even though the size of demonstrations has dwindled in recent weeks, clashes have become violent and angry after a protestor was shot by the police. Another man, who was set alight is contributing to the agitation of the people. The city of Hong Kong continues to be on lockdown with tear gas serenading otherwise calm streets.

Watch: Hong Kong continues to be on the boil

''We also realise that there is a lot of fake news, which may undermine the credibility of the police force, which is obviously not true. So what we are trying to do is first of all, for any false accusation, we have to rebut those false accusations, and we have to let the community know that the purpose of our action is only to maintain law and order, so that we (can) dispel any misunderstandings", Tang added.

Hong Kong's chief executive said Tuesday that protesters occupying a city-centre university had to surrender if the three-day stand-off was to be resolved peacefully.

China insisted Tuesday it held the sole authority to rule on constitutional matters in Hong Kong, as it condemned a decision by the city's high court to overturn a ban on face masks worn by pro-democracy protesters.