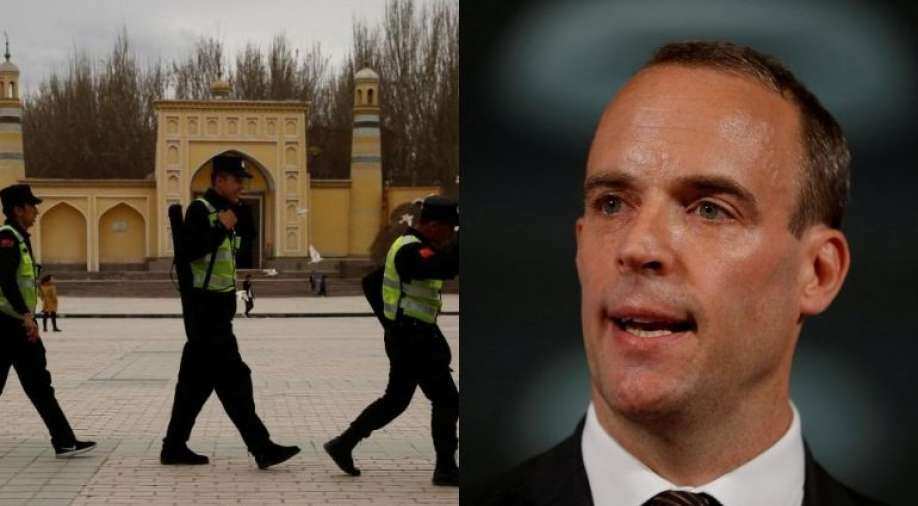 There have been several accusations against China regarding the inhumane treatment of the Uighur minority group in the area Xinjiang.

Now the UK, too, has once again urged China to allow the UN rights inspectors to visit Xinjiang and investigate the "appalling" allegations being raised against the human rights abuse the minority group is being subjected to in the area.

This has come a week after the Foreign Secretary Dominic Raab introduced import controls on firms that get their resources — raw or finished products — from the northwest Chinese region.

Raab took the decision to make sure the UK does not enable the forced labour the Uighur community is being subjected to in Xinjiang — a claim that China has repeatedly denied.

Also read| Why Erdogan has decided to extradite Uighurs to China

"Whether or not it amounts to genocide has to be determined by a court. The bar has been set incredibly high," Raab said. "And frankly we shouldn't be engaged in free-trade negotiations with countries abusing human rights well below the limit of genocide."

While Raab himself has introduced the import controls, he has been vocal for the view that the UK government or the courts should not be given the sole power to decide whether or not a genocide is taking place against the mainly Muslim community in Xinjiang.

"What China says is this is all lies cooked up by the West, and Britain a leading member amongst them," he said.

However, he proposed letting the UNHRC inspectors visit and carry out investigations in the area to put all accusations to rest. "What we say is if you dispute the allegations and the claims and the reports, there's a simple way to clear this up: allow the UN Human Rights Commissioner to visit and access and see these sites," Raab said.

China, on the other hand, has warned Raab to stop meddling in its internal affairs. The UK Prime Minister Boris Johnson, meanwhile, believes, "speaking frankly and calling out human rights abuses should not stop us from having a productive relationship, where that is possible."