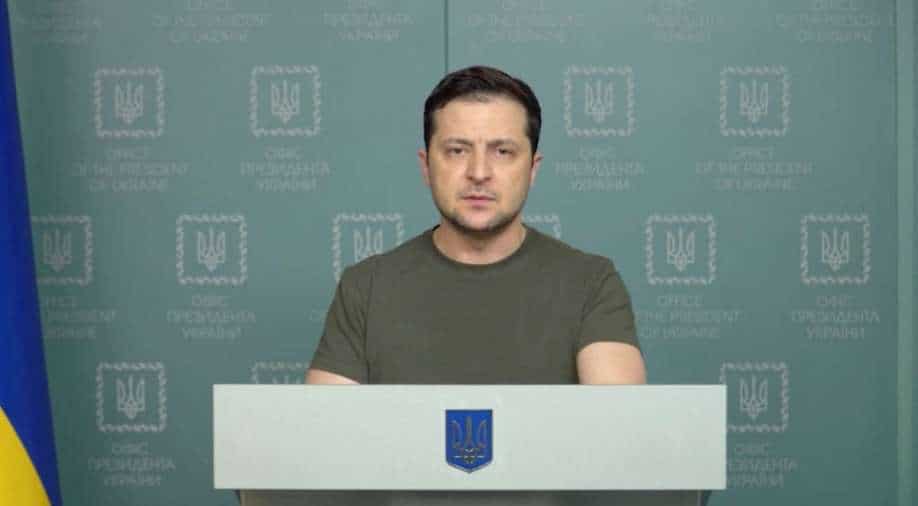 Ukrainian President Volodymyr Zelensky said on Monday (July 4) that rebuilding war-torn Ukraine is the "common task of the whole democratic world". Zelensky insisted that the recovery of the country would serve world peace.

On the same day, Ukrainian Prime Minister Denys Shmyhal said that reconstructing the war-ravaged country is expected to cost $750 billion. He further insisted that seized Russian assets should be used to pay for the recovery of his country.

While speaking to the Ukraine Recovery Conference in southern Switzerland, Shmyhal said that Ukraine's recovery "is already estimated at $750 billion. We believe that the key source of recovery should be the confiscated assets of Russia and Russian oligarchs."

During his address via video link to the conference in Switzerland, the Ukrainian President said, "Reconstruction of Ukraine is the biggest contribution to the support of global peace."

Russia announced the invasion of its neighbouring country Ukraine on February 24 this year. But Moscow calls it a "special military operation." The invasion has damaged Ukrainian cities as bombings destroyed infrastructure and killed people.

The two-day conference was held under tight security in the southern Swiss city of Lugano. It was planned well before the invasion and the original agenda was to discuss reforms in Ukraine, however, it was later repurposed to focus on reconstruction.