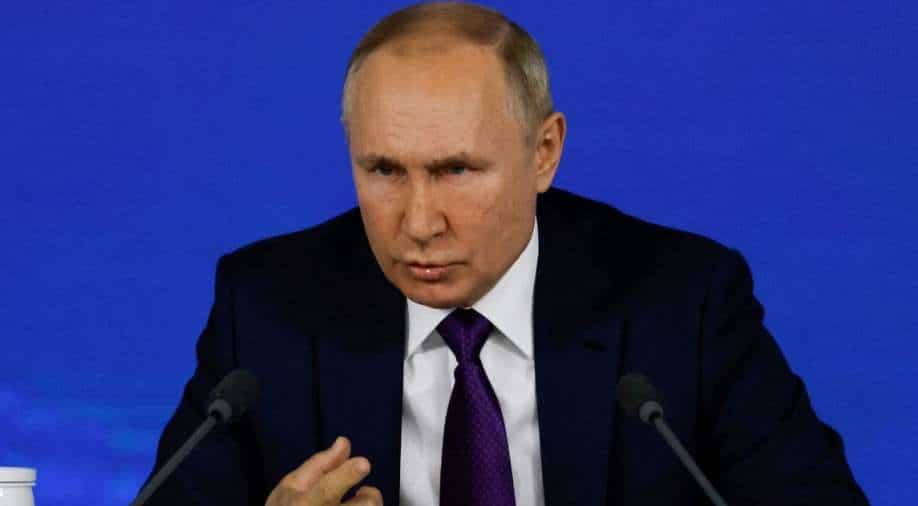 With fall of Lysychansk, Russia has control of Ukraine's Luhansk region. Putin's latest statement means that there will be no let-up in fighting in Ukraine's Donbas region

Russian President Vladimir Putin on Monday ordered Russian soldiers to press on deeper into Donbas after Russian victory in Lysychansk. The city was last major town in Luhansk region in Ukrainian hands. With fall of Lysychansk, Russia has control of Ukraine's Luhansk region. Putin's latest statement means that there will be no let-up in fighting in Ukraine's Donbas region.

"Military units, including the East group and the West group, must carry out their tasks according to previously approved plans," Putin said.

"I hope that everything will continue in their direction as has happened in Lugansk so far."

Russia invaded Ukraine on February 24. After getting repelled from Ukraine's capital Kyiv, Russia has concentrated its firepower on Donas region. Pro-Russian separatists in Donbas have for long enjoyed support from Russia.

The Ukrainian army said on Sunday it was retreating from Lysychansk to preserve the lives of its troops after finding itself outnumbered and outgunned by Russian forces there.

But in a symbolic boost for Ukraine, the Ukrainian flag was raised on Snake Island, an rocky outcrop in the Black Sea, after Russia withdrew from the strategically important Ukrainian territory last week.

Moscow's capture of Lysychansk -- one week after the Ukrainian army also retreated from the neighbouring city of Severodonetsk -- frees up Russian forces to advance on Kramatorsk and Sloviansk in Donetsk.