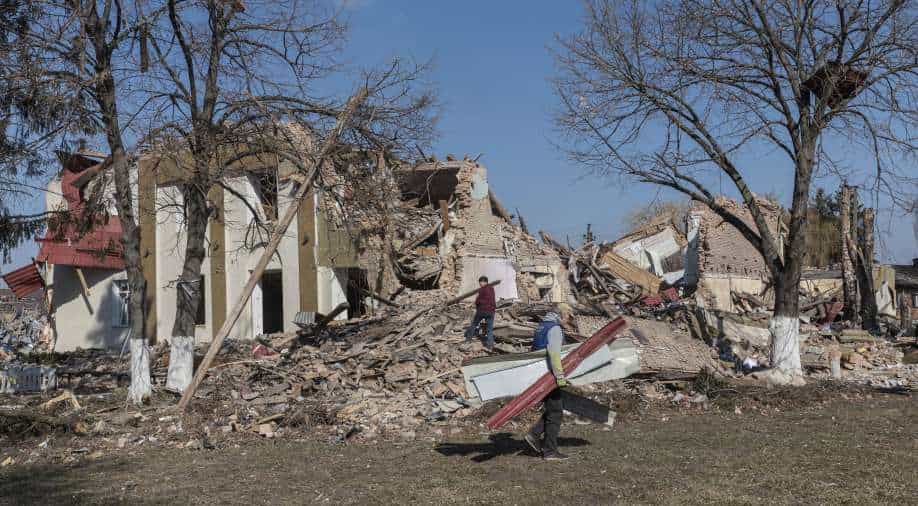 Pentagon officials said Ukrainian troops were on the counteroffensive in Kherson which is reportedly under Russian control.

Amid reports of a seventh Russian general being killed, Russia's senior general Sergei Rudskoi suggested that the country's military forces would have their "main goal" of taking control over Donbass in eastern Ukraine.

Russia has been at war with Ukraine for over a month ever since President Vladimir Putin announced "special military operation" against Ukraine on February 24.

Pentagon officials said Ukrainian troops were on the counteroffensive in Kherson which is reportedly under Russian control.

"The combat potential of Ukraine's armed forces has been significantly reduced, which allows us to focus our main efforts on achieving the main goal - the liberation of Donbass," News agency AFP quoted a senior representative of the Russian General Staff Sergei Rudskoi as saying.

Meanwhile, US President Joe Biden during his visit to Europe visited Rzeszow near Ukraine as he praised "incredible" resistance put up by Ukrainians against the Russian troops.

Watch: Is Putin at risk of a coup?

The US president visited Poland and met US soldiers stationed in the country including aid workers who have been tackling the massive refugee crisis in the country as millions of Ukrainians mainly women and children have poured into the neighbouring country ever since the Russian invasion last month.

Russia continued its bombardment in Ukraine as it hit a military command centre in Vinnytsia in central Ukraine, reports said, even as Ukraine's foreign minister insisted on a "ceasefire, security guarantees and territorial integrity of Ukraine".

As the fighting continued in key areas, the Russian army claimed it had lost 1,351 troops and evacuated 400,000 civilians.