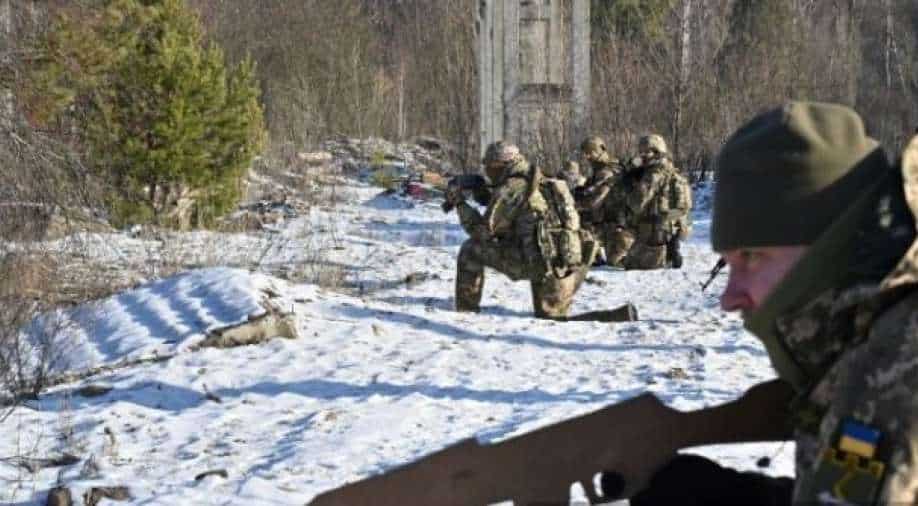 Russian President Vladimir Putin spoke about the Russian rebels in Ukraine's Donbass asserting that his regime was ready to play the role of a "mediator" to secure the future of the people in the area.

Amid tensions at the border with Ukraine, Russian President Vladimir Putin said today that it's "almost impossible" to have good relations with the current Ukrainian authorities referring to President Zelenskiy.

"President Zelenskiy came to power and instead of meeting got under the influence of radical nationalistic forces," Putin said as tensions continue on the border with Ukraine with thousands of Russian troops massed at the border.

Putin spoke about the Russian rebels in Ukraine's Donbass asserting that his regime was ready to play the role of a "mediator" to secure the future of the people in the area.

However, the Russian president said the Ukrainian authorities call the rebels "terrorists and say they won't talk to them."

President Zelenskiy has however said he is ready for talks with Russia, a move which has been rejected by the Russian side.

Meanwhile, NATO chief Jens Stoltenberg has sought a meeting with the Russia Council early next year after the Russian foreign ministry said it was ready for a meeting over Ukraine. Putin has consistently maintained that NATO should not extend its border to the east pointing towards Ukraine.

TASS news agency quoted deputy foreign minister Sergey Ryabkov as saying that the regime is "not bluffing" on security proposals forwarded to NATO and the US.

"These are our real proposals. The West’s awareness of this needs to be facilitated and we are going to make every effort to achieve it,"  Ryabkov was quoted as saying by the Russian news agency.