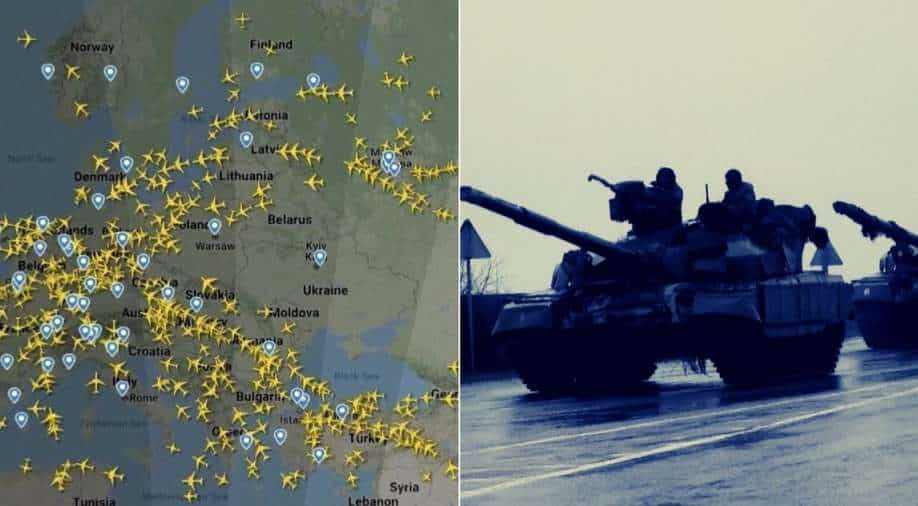 As per reports, an empty flight of Air India AI-1947 is returning from over Iran air space as Ukraine imposed restrictions on civilian aircraft

There is a war-like situation in eastern Europe after Russian President Vladimir Putin announced the launch of a military operation against Ukraine on Thursday (February 24).

In the aftermath, Ukrainian authorities closed the airspace to civilian flights citing a high risk to safety.

Europe's aviation regulator also warned against the dangers to aircraft flying in bordering areas of Russia and Belarus, because of the increased military activities.

The European Union Aviation Safety Agency (EASA) said airspace in Russia and Belarus within 100 nautical miles of their borders with Ukraine could also pose safety risks.

The agency said in a conflict zone bulletin, "In particular, there is a risk of both intentional targeting and misidentification of civil aircraft."

It added, "The presence and possible use of a wide range of ground and airborne warfare systems poses a high risk for civil flights operating at all altitudes and flight levels."

Before the suspension was announced, Britain, Canada, France, Italy and the United States had told their airlines to avoid certain airspace above eastern Ukraine and Crimea.

A special Air India flight returning from mid-air as Ukraine airspace is closed due to notice to airmen (NOTAM) as war has been started between Russia and Ukraine.

"Air India flight AI1947 is coming back to Delhi due to NOTAM at, Kyiv, Ukraine," Air India informed.

Notice to airmen (NOTAM), is a notice filed with an aviation authority to alert aircraft pilots of potential hazards along a flight route or at a location that could affect the flight.

Air India is scheduled to operate a second special flight for Ukraine to bring back stranded Indian citizens.

WATCH: Russia Ukraine conflict: Ukraine urges UN to do everything to stop war