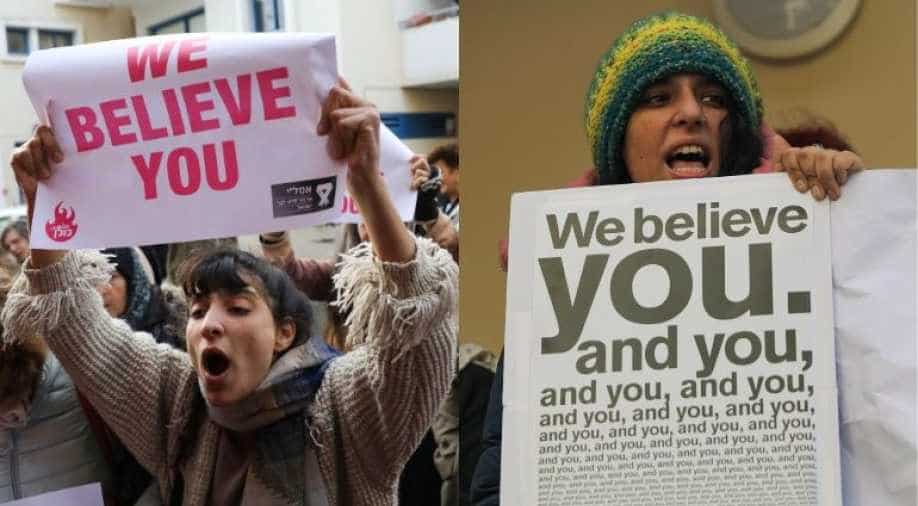 British Foreign Secretary Dominic Raab, who has expressed "very serious concerns" about the woman's treatment, said he was relieved she would be returning home after being barred from leaving the island.

A British teenager accused of faking a gang rape allegation was given a suspended sentence by a court in Cyprus on Tuesday in a case that prompted a rare rebuke from Britain and protests from activists who say she did not get a fair trial.

The 19-year-old says she was coerced by police into dropping a complaint that she was raped by a group of Israeli youths in the holiday resort of Ayia Napa in July. She was convicted on December 30 of public mischief over the withdrawn rape report.

Dressed in black and standing silently before the judge in a packed courtroom, the woman, who cannot be identified for legal reasons, was sentenced to four months in jail, suspended for three years.

Raising his voice over chants from supporters of the woman outside, Judge Michalis Papathanasiou said the sentence took into account her age, clean criminal record and remorse, and that he was giving her a "second chance".

"All mitigating factors were taken into account but it does not negate the seriousness of the offense," Papathanasiou said, noting that 12 individuals had been briefly detained on the basis of her accusation.

Police ordered window blinds in the courtroom to be pulled down to block the sight of about 150 protesters who shouted slogans like "Blaming the victim is the second rape" and "Cyprus justice, shame on you". 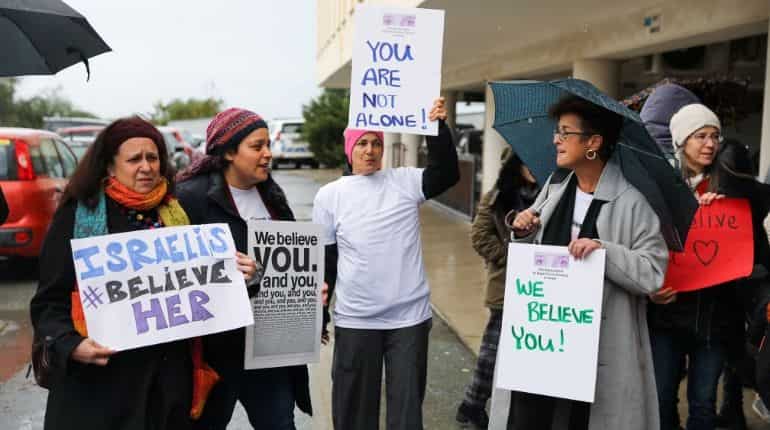 [Activists take part in a demonstration to support the british teen outside the Famagusta courthouse in Paralimni, Cyprus (Courtesy: Reuters)]

"We are here to raise social awareness of rape. There is no justice here," said Dana Salmon, one of almost 60 activists from Israel who had flown in to support the woman.

Lawyers say the woman is suffering from post-traumatic stress and will appeal to clear her name.

"The fight for her innocence will go on regardless," said Lewis Power QC, who was assisting the local defense team.

"We will maintain this young girl was stripped of her dignity and basic human rights."

The woman insists that an assault took place and that she was pressured to withdraw her complaint during overnight questioning from police and with no lawyer present. One defence witness, a former state forensic pathologist, said her injuries were consistent with rape.

The case has shone a harsh spotlight on Cyprus, which is popular with British holidaymakers and prompted calls to boycott the island.

British Foreign Secretary Dominic Raab, who has expressed "very serious concerns" about the woman's treatment, said he was relieved she would be returning home after being barred from leaving the island.

"We will be following up on some of the issues in relation to the case, I spoke to the Cypriot foreign minister about that," he said, adding there was no immediate plan to change the travel advice to Cyprus for Britons.

Twelve Israeli youths who were detained for questioning were swiftly released after the woman recanted her accusation. They were not required to give any evidence at the woman's trial.

Cypriot newspapers have reported that President Nicos Anastasiades might pardon the woman, although a senior government source told reporters that was premature.

Lawyers for the woman say they will press ahead with an appeal because a pardon would not expunge her criminal record.