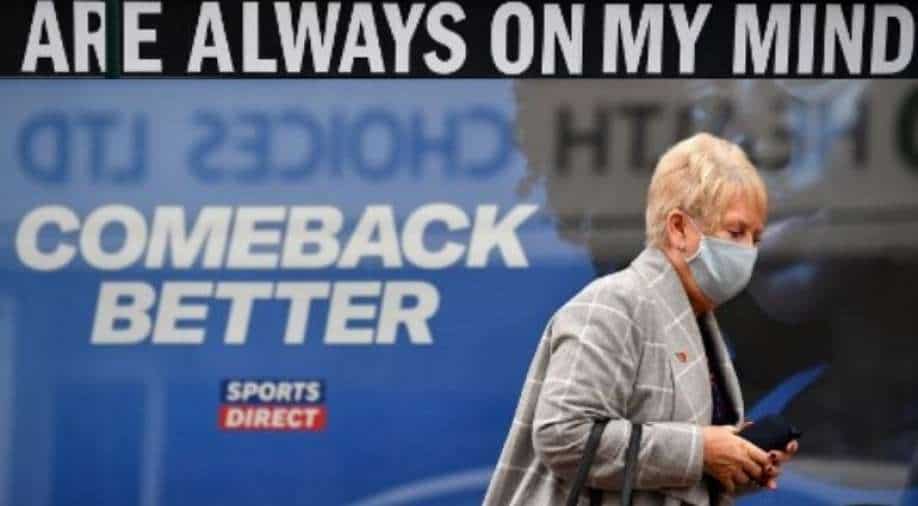 50% of people with cold in UK likely to have Covid Photograph:( AFP )

PM Johnson earlier in the day defended his coronavirus policies in Parliament. The UK is the worst-hit country with the virus registering over 146,790 fatalities and 11 million COVID-19 cases.

UK reported 78,610 coronavirus cases on Wednesday as the UK Health Security Agency (UKHSA) informed the Omicron cases had surged to over 10,000 after 4,671 new cases were detected.

The previous highest recorded this year was in January as the country reported 68,053 cases amid the Alpha variant. The UK is the worst-hit country with the virus registering over 146,790 fatalities and 11 million COVID-19 cases.

PM Johnson earlier in the day defended his coronavirus policies in Parliament as the country battles the virus. The government had implemented "Plan B" making it mandatory for everyone to wear masks in public transport and in other areas.

Johnson said the policies aimed at combating the virus were "balanced and proportionate and right for this country" after warning of a "tidal wave" of infections earlier as the Omicron variant began to spread last month.

Britain has been experiencing a surge in virus cases over the past two months however cases have begun to spike in the past few days after the Omicron variant was detected in the country.

On Monday, PM Johnson had confirmed the first death due to the virus while making it mandatory for people over 30 to take booster shots.