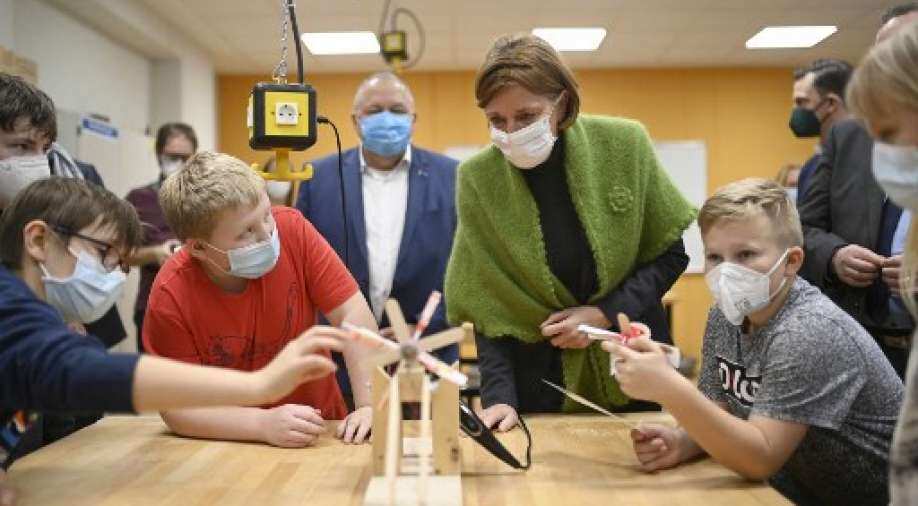 WHO chief Tedros Adhanom Ghebreyesus warned that the Omicron variant should not be dismissed as 'mild' as Europe battles a new COVID-19 wave.

As Europe continues to battle against the virus, Italy on Wednesday decided to impose coronavirus tests for everyone arriving from EU countries and five-day mandatory quarantine for those who haven't been vaccinated.

In the Netherlands, authorities decided to close primary schools early as the country battles a fresh wave of virus. European leaders have been alarmed by the Omicron threat as WHO chief Tedros Adhanom Ghebreyesus warned that the new variant has been spreading "at a rate we have not seen with any previous variant".

France also continues to battle against the virus reporting over 63,000 COVID-19 cases even as over 75 per cent of the population has been vaccinated.

Britain on Monday had confirmed its first Omicron death as PM Boris Johnson moved to "Plan B" to combat Omicron with mask-wearing made mandatory in public transport and in shops. The UK has already reported over 4,700 Omicron cases.

Meanwhile, WHO expert Abdi Mahamud said Omicron could become the dominant strain in Europe even as WHO chief Tedros warned that the new variant should not be dismissed as "mild". WHO emergencies director Michael Ryan also warned countries to prepare for a "large wave of cases" amid the Omicron threat.

WHO has pointed out that 41 countries across the world are yet to vaccinate 10 per cent of their population as WHO chief said: "Let me be very clear: WHO is not against boosters. We're against inequity. Our main concern is to save lives everywhere, adding, "it's a question of prioritisation."

"If you look at the time it takes for new cases to double in number, it seems to be doubling every two or three days. And that's massive. We're told that by mid-January, we should expect Omicron to be the new dominant variant in Europe," Urusula von der Leyen said.