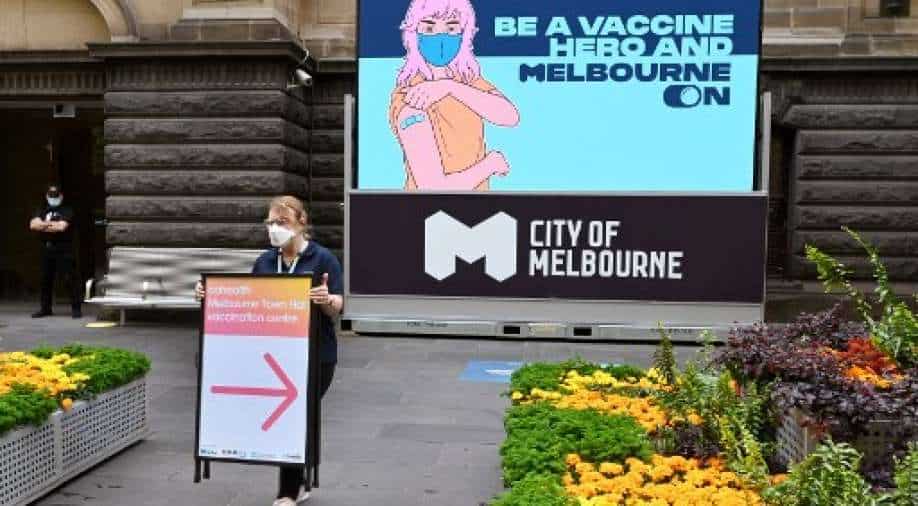 A health worker outside a vaccination centre in Melbourne Photograph:( AFP )

Amid the Omicron threat, the Australian government on Wednesday decided to reopen its borders for vaccinated skilled migrants and foreign students.

The government had earlier pushed back the date after declaring it was reopening on December 1. The reopening comes even as Sydney in New South Wales recorded 800 new COVID-19 cases. There were also seven deaths reported in the country.

However, unvaccinated people continue to be under restrictions in the country. They have been barred from entering bars and restaurants including other public events.

The country has detected over 85 Omicron cases so far amid fears that the number may rise further as it has been found to be highly transmissible and vaccine-resistant.

Prime Minister Scott Morrison emphasised that the country has to "live with this virus" as citizens get ready to celebrate Christmas.

On the domestic front, Queensland and Tasmania decided to open their borders to areas which have been experiencing a surge in coronavirus cases.

Reports claim Australia has inoculated over 90 per cent of its population. The country has closed its borders in March, 2020 as the pandemic took hold worldwide. The government had prohibited its own citizens from coming back as it implemented one of the world's most stringent border lockdowns.

However, as the domestic economy has been hit due to labour shortages the government decided to reopen the borders including allowing foreign students which is a multi-billion dollar industry in Australia.

According to official data over 235,000 foreigners and 160,000 students had visas to enter Australia in October.

The country has recorded 235,500 COVID-19 cases and 2,117 fatalities so far, however, amid the rise in cases New South Wales health minister Brad Hazzard warned that COVID-19 cases could rise to 25,000 daily by January end.