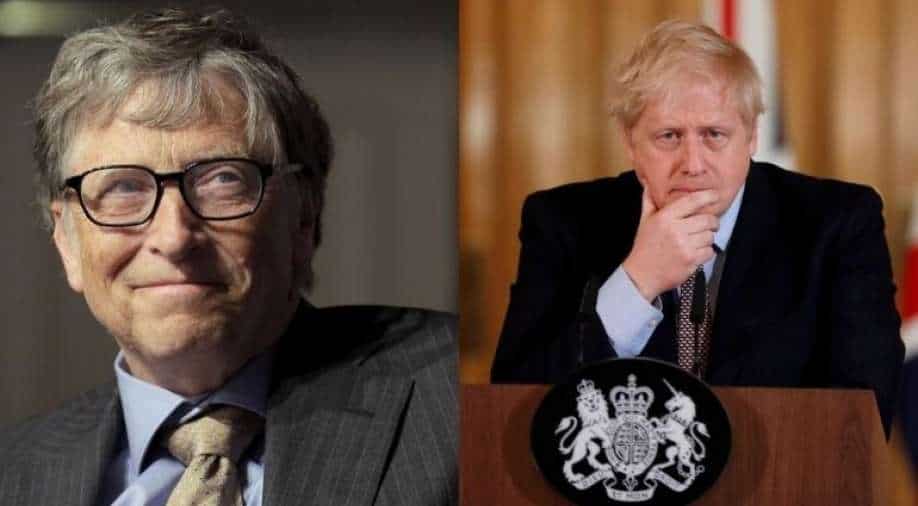 Bill Gates appreciated Johnson's measures and efforts, and said he is happy that someone is thinking about chalking out a 'global approach' to 'health security'

The group of tech giants and the UK Prime Minister met through a virtual platform to "re-commit" to ensure global access of any successful COVID-19 vaccine and to "prevent future pandemics".

During the virtual roundtable conference, Johnson assured his commitment to the coronavirus vaccine. However, no final news was passed about Pfizer vaccine, which hasn't been approved yet. Meanwhile, local reports have claimed that the UK's National Health Service (NHS) will be ready to start vaccinating people from December or January. This claim was not substantiated by the Johnson administration, though.

In the conference, Johnson also assured that his administration will be using UK's G7 presidency next year to bring in a global health plan with expertise from the Bill and Melinda Gates Foundation, and partnership with Wellcome Trust. This plan is being laid out to prevent such massive outcry and loss of lives if any other pandemic strikes the world again.

Bill Gates appreciated Johnson's measures and efforts, and said he is happy that someone is thinking about chalking out a “global approach” to “health security.”

As of now, a strategy has been unveiled by the Gates Foundation at the UN General Assembly in September. This plan can have effects in areas other than the UK, too, if it is implemented, as it involves creating a global network of “zoonotic disease research hubs” which can detect any possible dangerous viruses in animal populations, way before it affects humans.

The UK has contracted for 40 million doses of the Pfizer vaccine, as of now. Pfizer is being hailed as a vaccine with 90 per cent effectivity against the novel coronavirus, but the claim has not been substantiated and the actual clinical data from the drug trials has to be released.