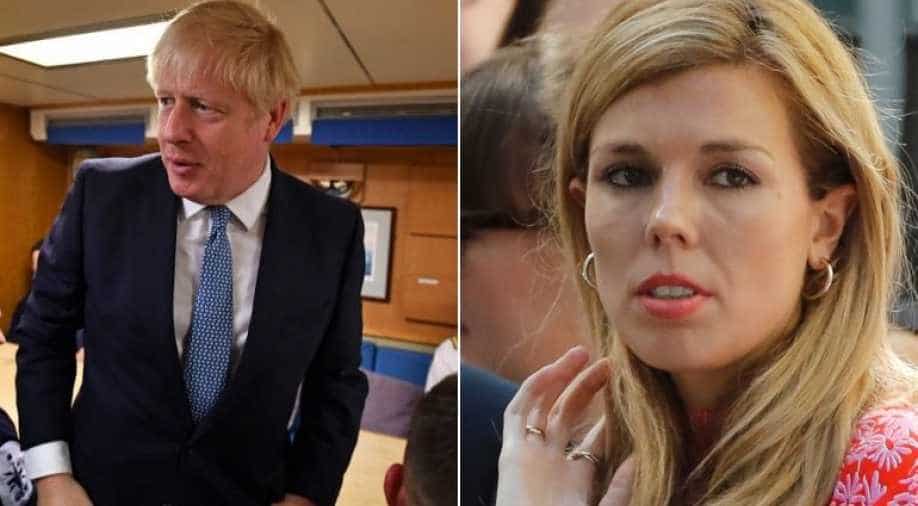 In fact, Johnson, 55, and Symonds, 31, will not be living behind the famous black door at No 10 Downing Street.

The change of guard at the famous address was prompted by Theresa May's forced resignation under the pressures of the Brexit crisis.

The British tabloids have been preoccupied ever since by the new mop-topped leader and his girlfriend -- who worked on Johnson's successful 2012 re-election campaign as London mayor.

"The PM is officially moving in today and, yes, his partner will be living there," a Downing Street spokeswoman said, ending weeks of speculation about the couple's living arrangements.

In fact, Johnson, 55, and Symonds, 31, will not be living behind the famous black door at No 10 Downing Street.

The prestigious address will belong to new finance minister Sajid Javid, whose office is next door at No 11.

But No 11 also has a more spacious four-bedroom flat.

Former Labour prime minister Tony Blair was the first to arrange this apartment swap, and the tradition has stuck ever since, with May and her husband Philip also living at No 11.

Symonds, a former Conservative party spin doctor dubbed Britain's "first girlfriend", has been rarely seen in public since she and Johnson had a loud argument that saw one of their neighbours call the police last month.

The resulting media uproar forced the couple to move out.

Downing Street was at pains to stress that Symonds, who works for an environmental charity, will not have any publicly-funded staff.

"There won't be any additional cost to the taxpayer," the spokeswoman said.