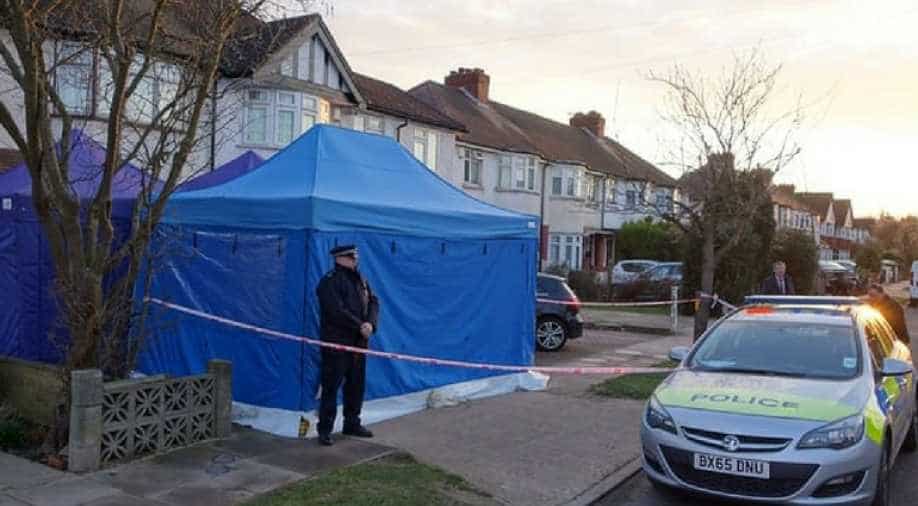 A policeman stands guard outside the house of Nikolai Glushkov. Photograph:( AFP )

British police launched a murder probe on Friday into the death of Russian exile Nikolai Glushkov in London, after a post-mortem found he died from "compression to the neck".

"A murder investigation has been launched following the results of a post-mortem into the death of 68-year-old Russian businessman Nikolay Glushkov," London`s Metropolitan Police said in a statement.

The retired Russian executive was found dead at his home in southwest London on Monday evening.

"A special post mortem began on Thursday, 15 March and we received the pathologist report today (Friday, 16 March), which gave the cause of death as compression to the neck," police said.

Glushkov had received political asylum in Britain after being jailed in Russia for money laundering and fraud.

He was linked to late Kremlin opponent Boris Berezovsky, an oligarch who was found hanged in his home outside London in 2013.

Police said the force`s Counter Terrorism Command would continue to lead the investigation into Glushkov`s death, "because of the associations Mr Glushkov is believed to have had".

The British murder probe was launched shortly after Russia`s Investigative Committee, which probes major crimes, announced its own investigation into the death of Glushkov.

The murder is not believed to be linked to the nerve agent attack of former double agent Sergei Skripal and his daughter Yulia in Salisbury, southwestern England, on March 4.

Both Britain and Russia have launched their own investigations into the poisoning, which has led to an ongoing diplomatic crisis.