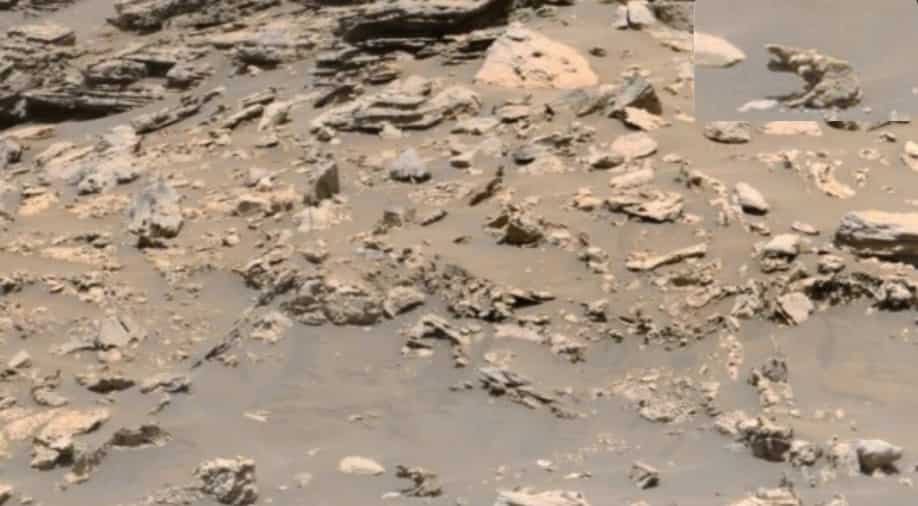 This is not the first time that Waring, the author of the book UFO Sightings of 2006-2009, has pointed out weird sightings on the surface of Mars

In a recently released photo of Mars by NASA, a self-proclaimed UFO expert has claimed to have spotted an unusual creature on the giant red planet. Share his discovery on the UFO Sightings Daily website, Scott Waring, a self-proclaimed alien researcher found something strange between the rock formations on the surface of the red planet. The Taiwan-based extraterrestrial expert claimed that it resembled an ‘elephant-like-creature’ and that its existence was concrete proof of life on Mars.

“The most outstanding artefact is a statue of an elephant-like creature with a short trunk. It is sitting down and turned looking to the left,” he said describing the features of this unknown creature in his June 10 report.

“There is also a huge face with thick lips, open mouth and a round nose, two eyes,” adding, “Proof of life on Mars, without a doubt.”

This is not the first time that Waring, the author of the book UFO Sightings of 2006-2009, has pointed out weird sightings on the surface of Mars.

He has previously shared pictures of inexplicable sightings on the Martian surface, which includes claims of spotting a ‘dark lady’, a polar bear and a space crab on Mars.

He once spotted a furry monkey sitting on the planet’s surface and demanded, “Why the hell aren’t biologists and zoologists looking into this?”