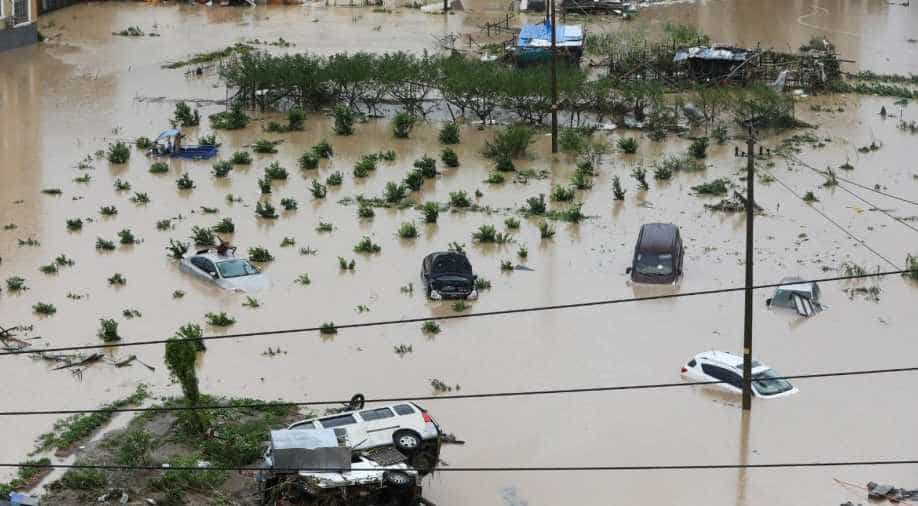 Lekima, China's ninth typhoon of this year, made landfall early on Saturday in the eastern province of Zhejiang.  Photograph:( Reuters )

The typhoon has left 32 people dead in its wake while 265,500 hectares of crops have been affected.

Typhoon Lekima has affected at least six and a half million people in the Chinese provinces of Zhejiang, Jiangsu, Anhui, Shandong and Fujian, since making landfall last week.

People have been affected in Shanghai as well, Xinhua reported quoting Chinese Ministry of Emergency Management. Around 1.46 million people have been relocated as part of rescue efforts until now.

The typhoon has left 32 people dead in its wake while 265,500 hectares of crops have been affected. About 35,000 houses have been damaged while 3,500 homes have collapsed. 16 people remain missing are search efforts are underway.