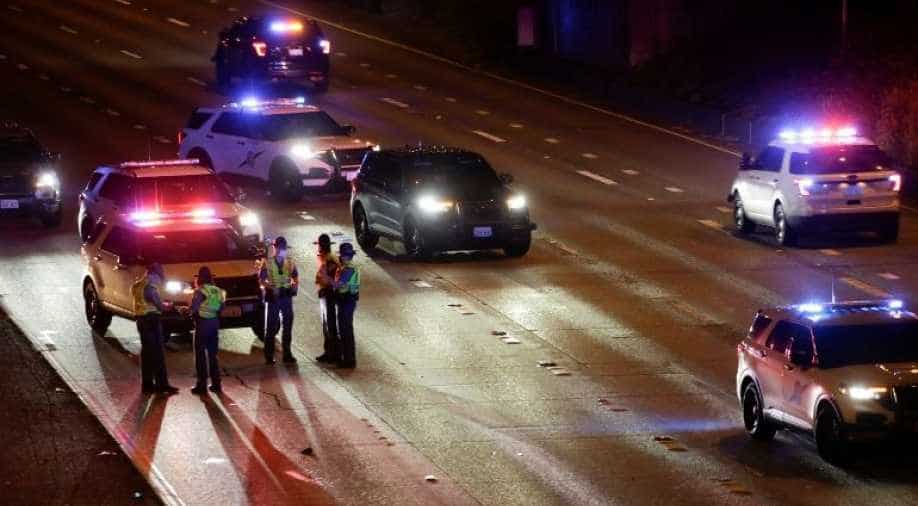 Police did not identify the suspect or the victims, both women, one of whom is in her 30s and hospitalized in serious condition.

Two protesters were injured, one critically, in Seattle early on Saturday, when the women were hit by a speeding car that drove past other stopped vehicles into a crowd demonstrating on an interstate highway, police said.

The driver of the car, a 27-year-old Seattle man, was arrested at the scene of the incident, which occurred at about 1:30 a.m. PDT (0830 GMT), and faces multiple felony charges, Washington State Patrol Trooper Chase Van Cleave said by phone.

"He was placed in custody when troopers arrived on scene," Van Cleave said by phone. "The investigation is still ongoing. At this time we`re not suspecting drugs or alcohol as a factor in the crash."

Police did not identify the suspect or the victims, both women, one of whom is in her 30s and hospitalized in serious condition. The other woman, who is in her 20s, sustained life-threatening injuries and was listed in critical condition, Van Cleave said.

Investigators do not know whether the driver intended to hit the demonstrators, he said. Seattle has been the scene of numerous demonstrations, some of them on interstate highways, since the May 25 killing of George Floyd on a Minneapolis street while he was in police custody, which was captured on video.

A video of the Seattle incident shared on social media shows a lone white car speeding up Interstate-5, swerving to avoid a van that was parked to block the roadway and heading toward a small group of panicked protesters who tried to scurry away.

The car can be seen striking two individuals near the side of the roadway, both of whom were flipped over the car`s roof before landing on the pavement.