Two rescued bears make their way from Lebanon to the US 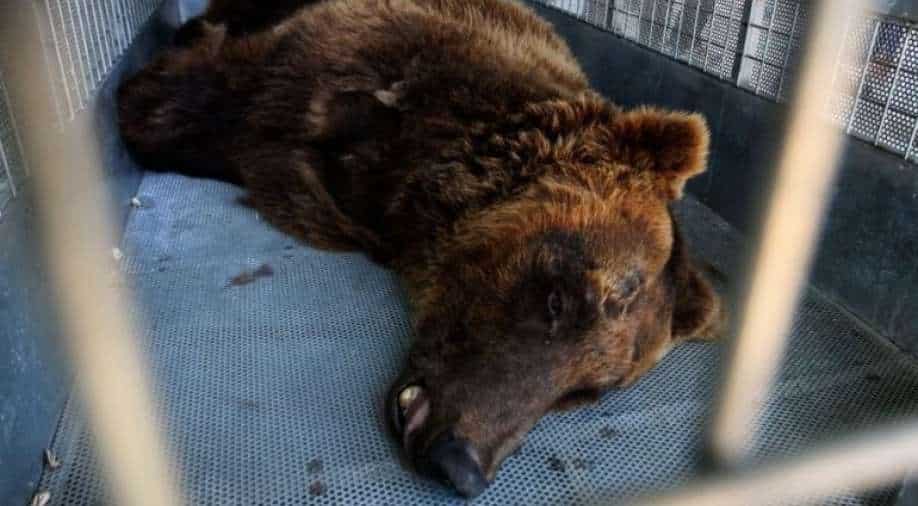 One of two Syrian brown bears is sedated before being prepared to be transferred to the United States by members of the global animal welfare organisation Four Paws, near the southern Lebanese city of Tyre (Sour), on July 18, 2021. Photograph:( AFP )

After convincing the owner, the Syrian brown bears were rescued from a zoo near the southern city of Tyre, where they were living in deplorable conditions

In a joint effort, a couple of charities have rescued two Syrian brown bears from a Lebanese zoo where they were kept in inhumane conditions.

According to the UK-based Bear Conservation group, a relatively smaller subspecies of the endangered brown bear, this species is no longer found in the wild in Syria or Lebanon.

The two rescued bears named Homer and Ulysses are both 18 years old and weigh 130 kilos (280 pounds).

Jason Meir, Director of animal rights association, Animals Lebanon, says that these bears were most likely imported from eastern Europe.

The rescued bears have been living in a zoo near the southern city of Tyre, from where they were rescued after convincing the owner. A statement by the animal rights association, Animals Lebanon, said that the bears were kept in small cement cages for more than 10 years of their lives.

They were scheduled to leave Beirut on Sunday evening and will be flown to the Wild Animal Sanctuary in Colorado, US.

While these bears were supposed to travel to the US in 2019, banking restrictions due to the economic crisis in Lebanon followed by the coronavirus pandemic delayed the rescue.

An organisation involved in the relocation, Four Paws, says that in addition to malnutrition, the bears are suffering from extreme stress.

When the organisation first met them in November 2019, they found the bears confined in small cages that were no longer than a ping-pong table, with little or no food, water, and inadequate shelter.

Meir from Animals Lebanon tells of another 30 lions, tigers, and bears that still live as exotic pets or are kept in private zoos in the Mediterranean country.