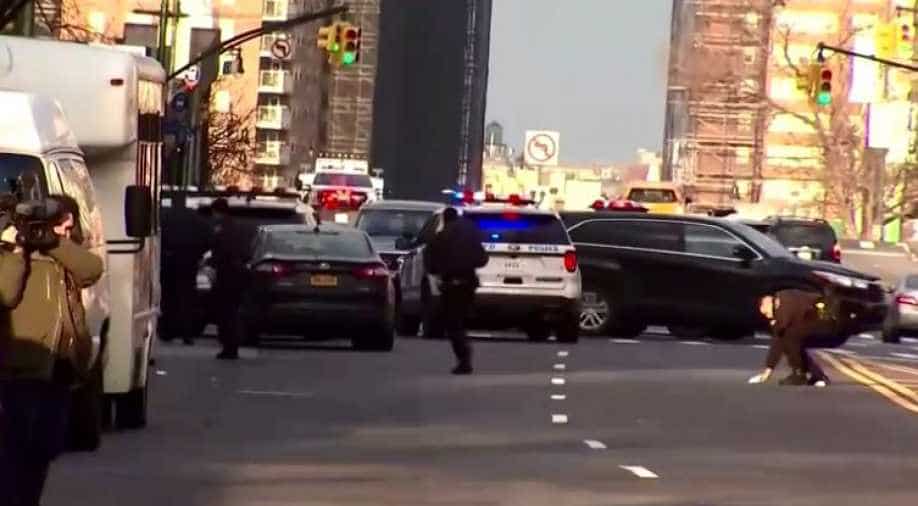 The attack followed a shooting on Saturday night of a uniformed police officer who was sitting in his police van with his partner. Photograph:( Reuters )

A gunman entered the 41st Precinct headquarters in the Bronx borough about 8 am (1300 GMT) and opened fire.

A New York City police officer was shot and wounded in a police station on Sunday morning about 12 hours after another officer was wounded while he sat in his patrol van in the same neighbourhood in what authorities described as an assassination attempt.

A gunman entered the 41st Precinct headquarters in the Bronx borough about 8 a.m. (1300 GMT) and opened fire, wounding one officer before he was taken into custody, a police spokesman said.

The attack followed a shooting on Saturday night of a uniformed police officer who was sitting in his police van with his partner.

The gunman walked up to the vehicle and began a conversation with the two officers in the vehicle before suddenly opening fire, striking one policeman in the chin and neck, police officials said in a news conference on Saturday night.

"This was an attempt to assassinate police officers," New York City Mayor Bill de Blasio said. "There is too much hatred being directed at our officers and it has to end."

The officers did not return fire. The wounded officer's partner got in the driver's seat and drove him to the hospital. He is expected to survive, police said.

A police spokesman said authorities are investigating whether the same shooter carried out both attacks. Authorities have not released the names of any of the officers involved.

Governor Andrew Cuomo said on Twitter that those responsible for the attacks would be brought to justice.

"NY's law enforcement officers put their lives on the line every day to keep us safe. These attacks are heinous," he said.