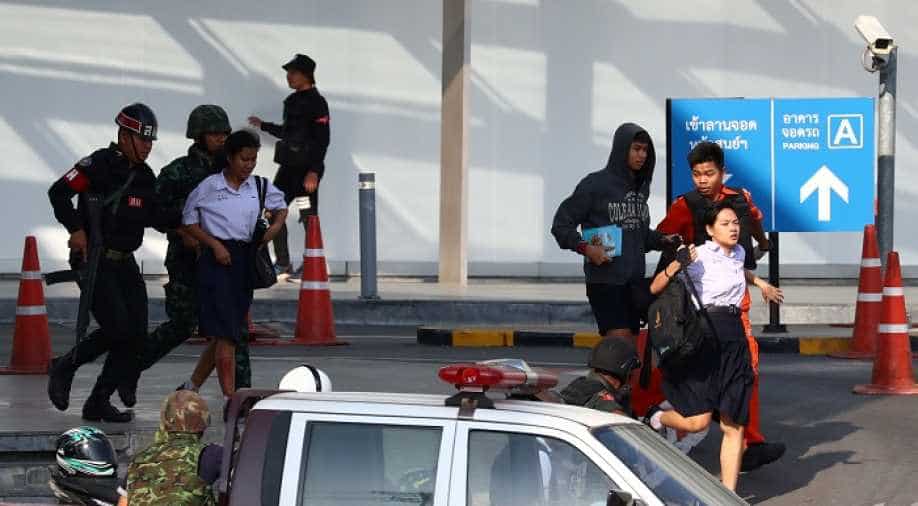 The killings began Saturday when the soldier opened fire in a house before moving to an army camp and then to the mall in Nakhon Ratchasima in northeastern Thailand.

Thai security forces on Sunday killed a soldier after he carried out a shooting rampage that left at least 21 people dead, news agency Reuters reported quoting police and military sources.

They said he had been killed at the shopping mall where he was holed up in the northeastern city of Nakhon Ratchasima.

“The police have killed the perpetrator and rescued eight hostages. Some were wounded," said one of the security sources.

Both declined to be named because they were not authorised to speak to the media, the report said.

A police officer who took part in a raid to flush out the gunman was killed in clashes with the rogue solider, according to deputy prime minister Anutin Charnvirakul.

"He was hit and unfortunately, he couldn't make it," said Anutin.

Shocked evacuees recounted how an ordinary Saturday shopping day at the busy mall descended into horror as the gunman entered.

"It was like a dream... I'm grateful I survived," Sottiyanee Unchalee, 48, told AFP, explaining she hid in the toilet of a gym inside the mall as she heard the gunfire.

"I'm so sorry for those who died... (and) the people still trapped inside."

The killings began at around 3 p.m. (0800 GMT) on Saturday when the soldier opened fire in a house before moving to an army camp and then to the mall in Nakhon Ratchasima in northeastern Thailand.