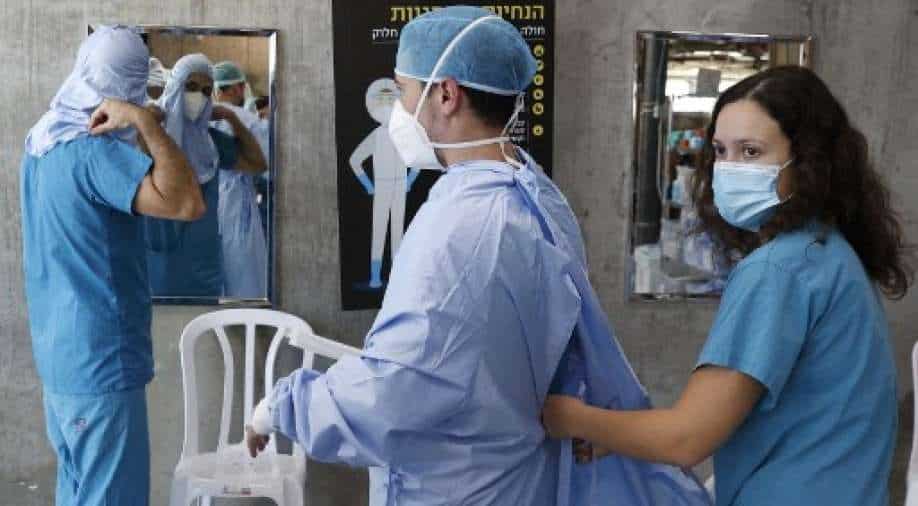 Both doctors reportedly worked in the same hospital. One of the doctors had visited London.

After Israel reported the first case of Omicron variant case last week, reports said two doctors were infected with the new variant even as they were fully vaccinated including with a booster shot.

Israel has so far reported four Omincron variant cases with ten other cases under observation. Both doctors reportedly worked in the same hospital. One of the doctors had visited London. Reports claimed he had tested negative when he boarded the plane but developed symptoms a few days later.

Authorities confirmed the results on Tuesday. The doctor had reportedly conducted operations after he returned from the UK and had also attended two events.

The latest cases come even as Israel decided to close its borders to all foreigners last week to combat the new virus variant.

People will be allowed into the country after approval from a committee, authorities said. Israel had recently reopened its borders to foreigners after vaccinating its citizens.

In a controversial move, PM Bennett allowed the country's intelligence agency to track the cellphones of people to combat the virus.

The government had said that the phone mapping system "will be in order to locate verified Omicron cases and thereby cut the chains of infection," while adding that it will be "restricted only to verified cases of the new strain." The phone tracking system was introduced by former PM Benjamin Netanyahu's government.

Israel was one of the first countries to roll out its vaccine programme as it began inoculating citizens with the Pfizer vaccine. Reports claim over 5 million of the country's nine million citizens have been fully vaccinated.