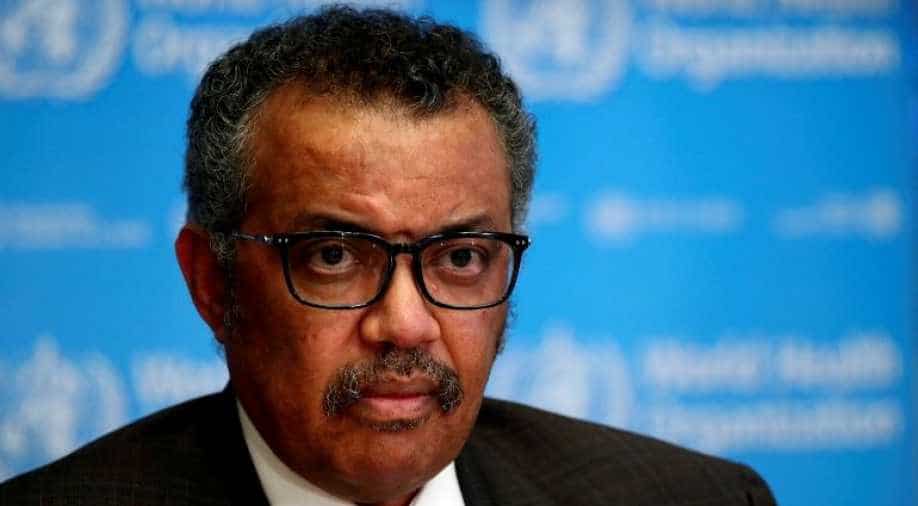 Omicron variant was detected in South Africa. Though the country won international praise for announcing the detection in transparent manner, it also led to countries imposing travel bans on travellers coming from South Africa and other countries

World Health Organisation (WHO) chief Dr Tedros on Tuesday cautioned against blanket measures and knee-jerk reactions over Omicron variant of the Covid virus and said that such moves may not be necessary. He said that some countries were introducing such measures and penalising African nations unfairly.

"I well understand the concern of all countries to protect their citizens against a variant that we don't yet fully understand," said Tedros Adhanom Ghebreyesus.

"But I am equally concerned that several Member States are introducing blunt, blanket measures that are not evidence-based or effective on their own, and which will only worsen inequities."

In remarks to a closed-door meeting posted on its website, the WHO's Ethiopian head urged the 194 member states to stick to "rational, proportional" measures.

There were still more questions than answers, Tedros said, about Omicron's severity and the effectiveness of vaccines.

No Omicron-linked deaths have yet been reported though the WHO has said it poses a high risk of infection surges.

"Once again, I thank Botswana and South Africa for detecting, sequencing and reporting this variant so rapidly," added Tedros. "It is deeply concerning to me that those countries are now being penalized by others for doing the right thing."

Mid-way through a three-day WHO meeting of health ministers, Namibia's delegation on Tuesday expressed disappointment towards those states imposing travel bans on southern Africa.

"This travel ban is a knee-jerk reaction grounded in politics, not in science or guidance from the WHO Constitution," it said. "We therefore ask why is it that other states that (detected) the variant in persons who have no travel history to southern Africa are exempted from this travel ban?"

Also Read | Will Covishield work against Omicron? It will be clear in 2-3 weeks, says Serum Institute’s Poonawalla

Tanzania called for an immediate lifting of the travel curbs, which are hurting tourism in the region, while Canada voiced gratitude for regional transparency.

"Transparent international collaboration, as demonstrated by the leadership of South Africa and the South African scientists who swiftly and openly shared information on this new variant, is what is needed now more than ever," said Leslie Norton, Canada's U.N. ambassador in Geneva.