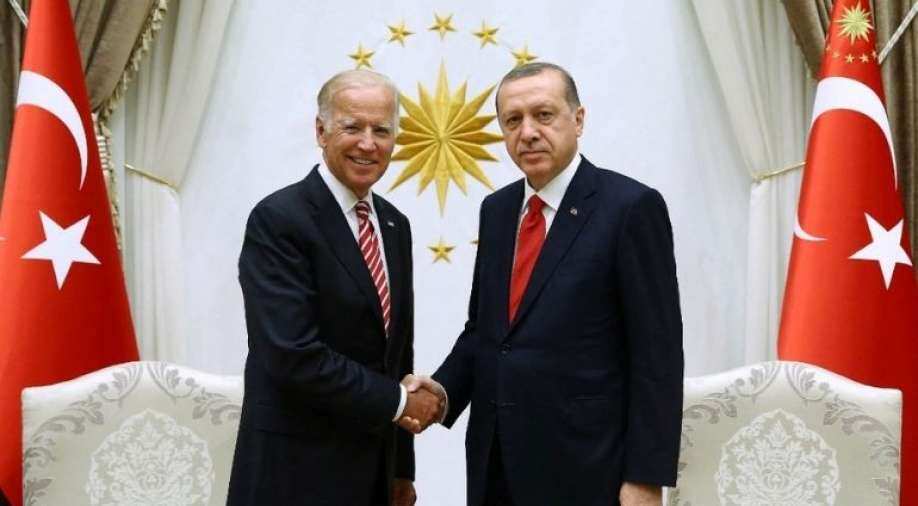 The Turkish President is hoping to diminish the fractious ties between the two NATO allies that have been ongoing for years.

He stressed that while the two countries have their differences, "the common interests of Turkey and the United States outweigh the differences".

His statement with a warmer tone has come days after the leader had hesitantly welcomed Biden in his new role of the US President. However, despite Biden's hardened approach towards Turkey and its policies, Erdogan said he hopes "to reinforce our cooperation with the new American administration on a win-win basis".

Biden's administration, upon taking office, quickly rebuked Turkey on its homophobic stance in the country that had led to several incidents of student demonstrations.

The US also urged the release of the prominent civil society leader Osman Kavala.

For now, the US is hesitant about the first possible handshake as the issue of S-400 still persists. Erdogan had bought Russia's S-400 missile system despite warnings that the purchase can jeopardise its role in the NATO alliance. This had led to sanctions from the US on the Turkish defence industry.

Recently, too, Turkey had accused Washington of supporting "terrorists" and had summoned its ambassador as the US had declined to back Ankara's claim that PKK Kurdish "terrorists" were responsible for the execution of 13 Turks in Iraq. However, Washington had later accepted Ankara's claim.

"We expect a clear attitude from all our allies after the cowardly terrorist attack which claimed the lives of our 13 nationals," Erdogan said.