Turkey says US stalling on Syria 'safe zone', will act alone if needed 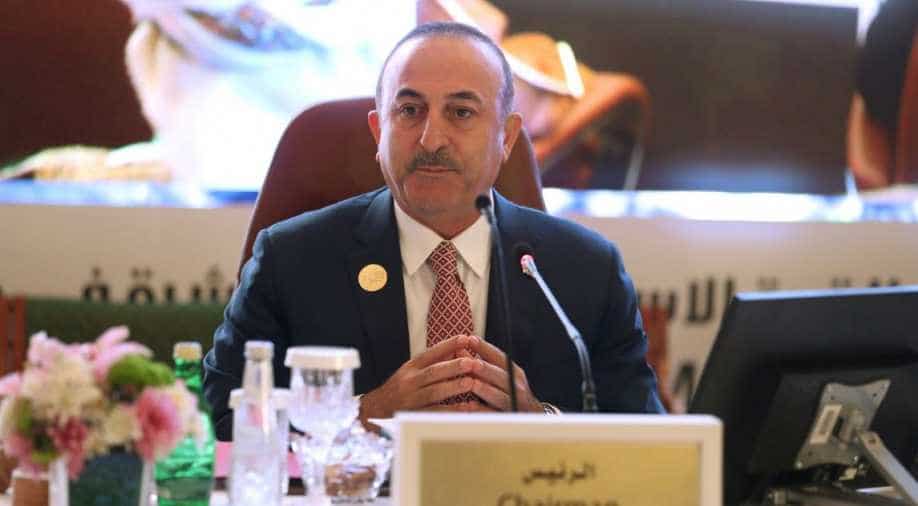 Turkey, which labels the YPG a terrorist organization, wants the operations to expand rapidly as far as 20 miles (32 km) from its border to create a zone controlled by Turkish troops.

Turkey's Foreign Minister Mevlut Cavusoglu said on Tuesday that Washington is stalling in its agreement to create a "safe zone" in northeast Syria, and repeated that Ankara was ready to act on its own if necessary to push back Kurdish fighters.

The NATO allies have agreed to establish what Ankara calls a safe zone along Turkey's southern border and clear the region of Syrian Kurdish YPG fighters. On Sunday, Turkish and US troops carried out their first joint military land patrol there.

Turkey, which labels the YPG a terrorist organization, wants the operations to expand rapidly as far as 20 miles (32 km) from its border to create a zone controlled by Turkish troops.

Cavusoglu said Turkey wanted to work with the United States but was growing impatient. "Yes, there are some joint patrols but other than that, the steps that have been taken or the steps that are said to be taken are cosmetic steps," he told reporters.

"We are seeing that the United States is entering a stalling process...and that it is trying get Turkey accustomed to this stalling process," he said in Ankara, adding Washington's approach has so far served the YPG more than Turkey.

The YPG has been a main US ally in the fight against Islamic State in Syria. US support for the fighters has infuriated Turkey and strained ties with Washington.

His comments came after President Tayyip Erdogan said at the weekend that Turkey rejected Washington's protection of the YPG and added that the NATO allies faced differences "at every step" in the safe zone talks.

Erdogan also said Turkey would act alone if the safe zone was not established by the end of September, a warning Cavusoglu repeated on Tuesday, 20 days before month's end.

In northwestern Syria's Idlib, where Turkey has troops and where Ankara in 2017 agreed with Moscow and Tehran to reduce fighting, months of renewed conflict intensified in recent weeks and raised prospects of another wave of refugees to Turkey.

Erdogan has said Turkey aims to send 1 million of the 3.6 million Syrian refugees it hosts to the planned safe zone in northern Syria, and warned that Ankara would "open the gates" to Europe unless it received international support.

Speaking at a lunch with US Secretary of Commerce Wilbur Ross on Tuesday, Erdogan said it was not possible for Turkey to handle a new wave of migrants from Syria.

"Our expectation from the United States is to stand with us in our fight against terror and our efforts to establish safe zones where the refugees can return to," Erdogan said, adding Ankara "greatly valued" its cooperation with Washington in Syria.

"Sending 50,000 trucks of equipment and ammunition to the terrorists so far has really bothered us. Against who are these (weapons) used? Against Turkey. It is not possible for us to accept this as a strategic partner," he said.

Turkey and the United States have been at loggerheads over a host of issues in recent months, including Ankara's purchase of Russian defence systems would could spark US sanctions.

Turkey has so far relied heavily on Erdogan's personal ties with US President Donald Trump to resolve issues. Erdogan and Trump are due to meet on the sidelines of the United Nations General Assembly later this month to discuss developments in Syria, trade and other bilateral issues.