Turkey proposes cooperation with Russia in fighting IS: Foreign minister 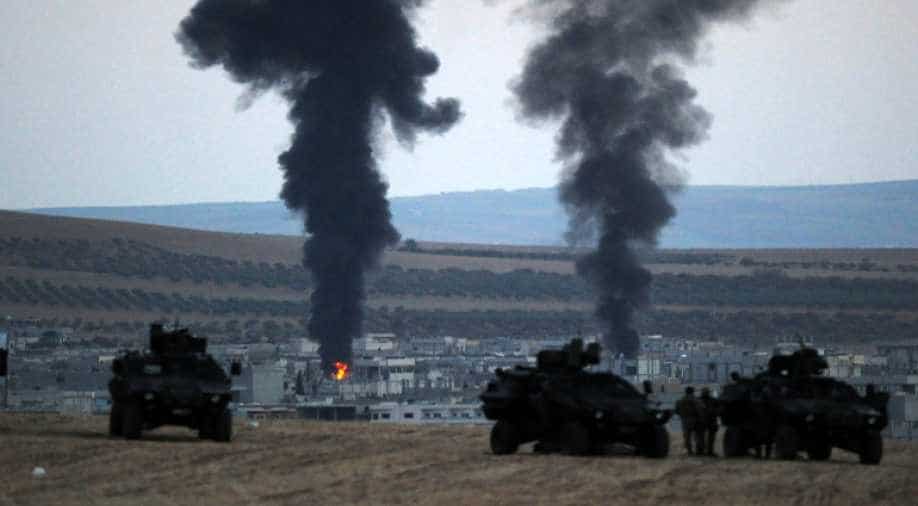 While both Turkey and Russia recognise the threat of Islamic State, they are on opposing sides in the Syrian conflict Photograph:( Reuters )

Follow Us
Turkey has proposed cooperating with Moscow to combat Islamic State in Syria, suggesting it could open its Incirlik Air Base to Russia, comments that highlighted a revival in ties strained by Turkey's shooting down of a Russian warplane last year.

Moscow pledged to rebuild relations after Turkish President Tayyip Erdogan last week expressed regret over the shooting down of the aircraft, with the loss of the pilot, near the Syrian frontier. Moscow had broken off virtually all economic ties and banned tourists from visiting Turkish resorts.

"We will cooperate with everyone who fights Daesh. We have been doing this for quite a while, and we opened Incirlik Air Base for those who want to join the active fight against Daesh," Foreign Minister Mevlut Cavusoglu said in an interview on state broadcaster TRT Haber on Sunday, using an Arabic acronym for Islamic State.

"Why not cooperate with Russia as well on these terms? Daesh is our common enemy, and we need to fight this enemy."

While both Turkey and Russia recognise the threat of Islamic State, they are on opposing sides in the Syrian conflict, raising questions about the viability of Russian use of Incirlik.

Turkey has been one of the most steadfast opponents of Syrian President Bashar al-Assad, who is backed by Russia and Iran.

Turkey's NATO partners may also be wary of Russian use of the base, which is located five miles north of the Turkish city of Adana near the Syrian border.