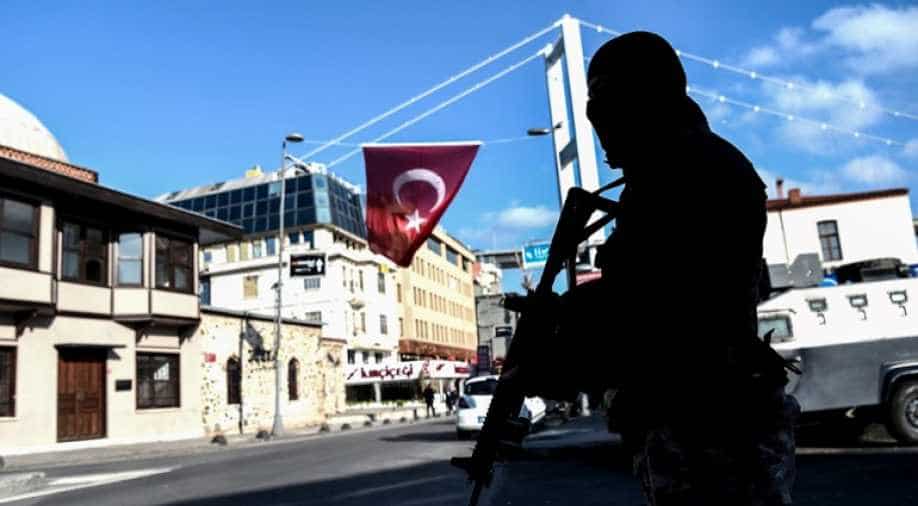 The attack on the Reina nightclub early on New Year's Day left 39 people dead and 65 injured after a gunman walked in and started shooting. Photograph:( AFP )

As the world gears up for bringing in the New Year, Turkish authorities announced they will not allow New Year celebrations at Istanbul's iconic Taksim Square for security reasons.

Ismail Kilic, local police chief of Istanbul’s Beyoglu district, said security measures had been doubled this year following a string of attacks over the past two years.

As reported by state-run news agency Anadolu, he said, “Measures for New Year will be at the highest level."

Turkey has been at the epicentre of terror attacks attributed to Kurdish militants and the Islamic State group. Last year during New Year 2016-17 celebrations, in a mass shooting at a popular nightclub Reina, around 39 people were killed.

Police had earlier released images procured during a manhunt for the attacker that showed the IS gunman Abdulgadir Masharipov clicked photos on Taksim Square with a selfie stick, before going to the waterside nightclub to carry out the attack.

Masharipov was captured after a police raid and it was revealed that the Uzbeki citizen confessed to shooting and looking for a new target place as the Taksim Square was not suitable for an attack. The accused later took a taxi for a tour along the shores of the Bosphorus and spotted Reina nightclub. He said, “It didn’t look like security measures were high.”

The Islamic State group took responsibility for the attack, a first in Turkey. It led to the death of 39 people including 27 foreigners from countries like Lebanon, Saudi Arabia, Israel, Iraq and Morocco.