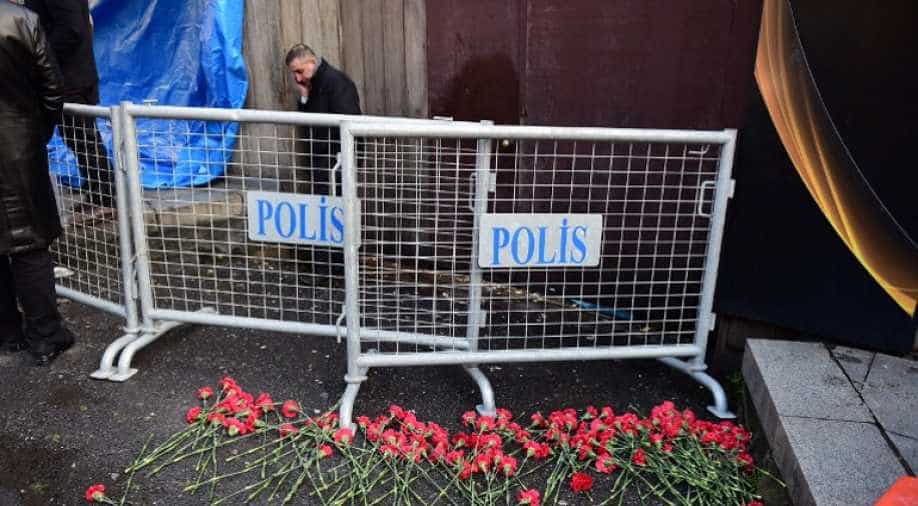 The Islamic State (IS) issued a statement on social media. Photograph:( AFP )

The Islamic State (IS) group on Monday claimed responsibility for an attack on a nightclub in the Turkish city of Istanbul that killed 39 people on New Year's Eve.

The Reina nightclub attacker was still at large on Monday, with Turkey's interior minister saying intense efforts were under way to find him.

The Islamic State has falsely claimed responsibility for attacks they did not commit before. Sometimes they are perpetrated by a "lone wolf", who may or may not be influenced or inspired to some degree by IS, but is not officially affiliated or connected with the terrorist group. In Bangladesh in 2016, the same attack was claimed by both IS and Al Qaeda, and officials deny IS' role in attacks the group themselves have claimed.

IS could have been responsible for the Reina nightclub attack, but they also have a vested interest in having people believe they are more powerful than they are in reality.

In a statement circulated on social media, the jihadist group said one of the "soldiers of the caliphate" had carried out the attack on the Reina nightclub, saying the attacker used hand grenades and a gun.

It accused Turkey, a majority-Muslim country, of serving Christians, in a possible reference to Ankara's alliance with the international coalition fighting IS in neighbouring Syria and Iraq.

The US-led coalition carrying out strikes against IS in Syria uses airbases inside Turkey. A string of deadly attacks rocked Turkey throughout 2016, with some claimed by a Kurdish extremist group and others suspected to be the work of IS.