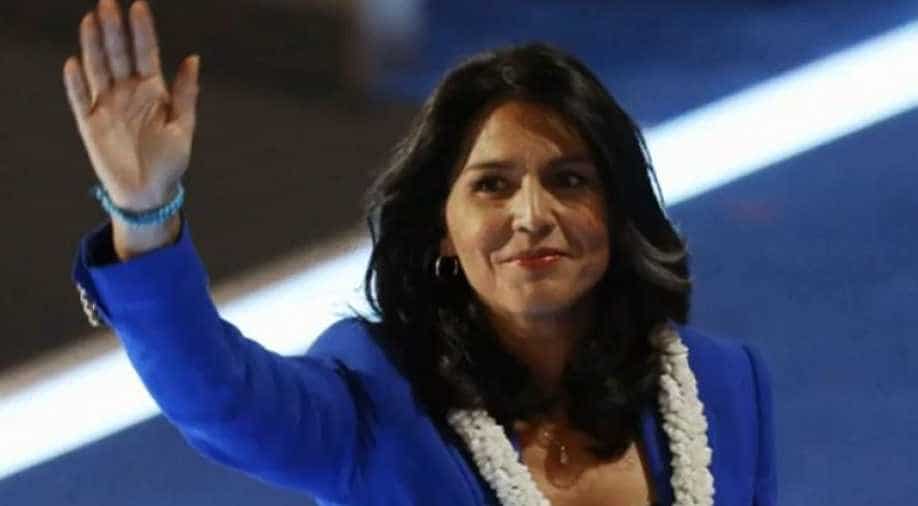 US lawmaker Tulsi Gabbard on Thursday introduced legislation that would stop the federal funding of schools that allow transgender girls and women and non-binary people to participate on sports teams consistent with their gender identities.

Gabbard along with Republican Congressman Markwayne Mullin introduced the "Protect Women’s Sports Act" at the House of Representatives that was harshly criticised by transgender activists who described it as "transphobic".

Also read | Hinduphobia is very real, I've experienced in each of my campaigns: Tulsi Gabbard

Both the lawmakers said in a statement that the bill seeks to "protect the sex-based intention of Title IX protections by reaffirming the biological sex-based distinctions between men and women in athletics."

Title IX protects people from discrimination based on sex in educational institutions that receive federal funding.

The new act would bar schools from getting such funds if they allow "a person whose biological sex at birth is male to participate in an athletic program or activity that is designated for women or girls."

Gabbard, who earlier claimed she supported LGBTQ rights, said that bill wants to correct the "original intent" of Title IX which was to provide equal opportunities to women and girls, but was based on "biological distinction".

"It led to a generational shift that impacted countless women, creating life-changing opportunities for girls and women that never existed before," she said.

But, she added that "Title IX is being weakened by some states who are misinterpreting Title IX, creating uncertainty, undue hardship and lost opportunities for female athletes."

"It is critical that the legacy of Title IX continues to ensure women and girls in sports have the opportunity to compete and excel on a level playing field."