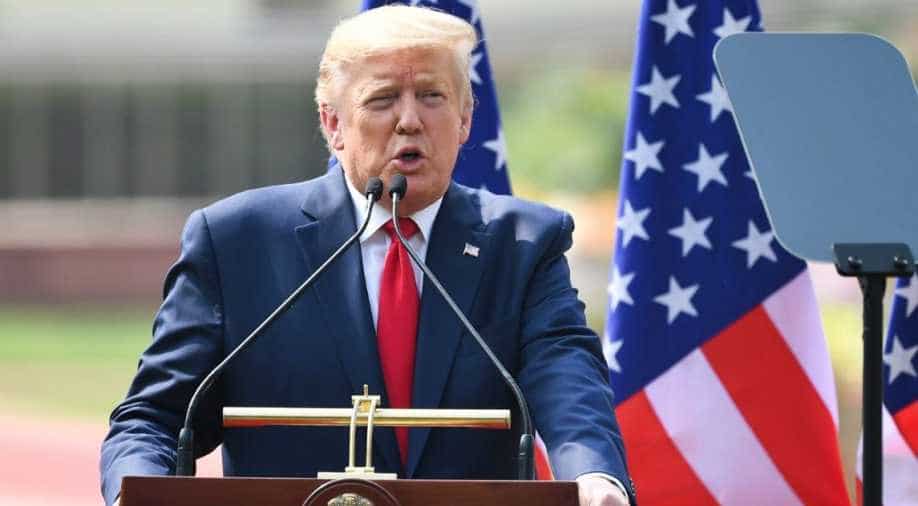 The United States government could impose visa sanctions on countries that do not accept people returning from the US, President Donald Trump asserted on Friday.

Trump wants to ensure “the repatriation of foreign nationals who violate the laws of the United States”.

This comes in the backdrop the pandemic which has now eclipsed United States and hit it harder than European countries.

The revelation came to light in a memorandum addressed to the Secretary of State Mike Pompeo.

Also read: US death toll could jump to 200,000 if restrictions are eased too quickly

It further states that Pompeo is expected to "initiate a plan to impose the visa sanctions" if the Homeland Security Department determines a country not accepting returnees is delaying or impeding operations "necessary to respond to the ongoing pandemic" in the next seven days.

However, no countries were named in particular.

On March 21, new border rules were implemented by the Trump administration in purview of the coronavirus pandemic.

As part of these new rules, US officials have the power to remove people by circumventing the usual immigration proceedings.

Also read: Using his own 'metrics,' Trump says ending US shutdown is biggest decision yet

Over 7,000 migrants have been deported to Mexico since the new rules came into effect, Reuters reported.

The coronavirus pandemic has now killed over 100,000 around the world, AFP reported.

This coincided with the festival of Easter whereby churches remained empty across the world as people were advised to stay at home to practice social distancing.

More than half of the world population is currently self-isolating.

As of now, the number of infections stand at roughly 1.6 million. The pandemic has taken the lives of over 100,859 people. Europe remains the hardest hit with 70 per cent deaths recorded there.