Trump accuses Obama of 'treason' for 'spying', offers no evidence 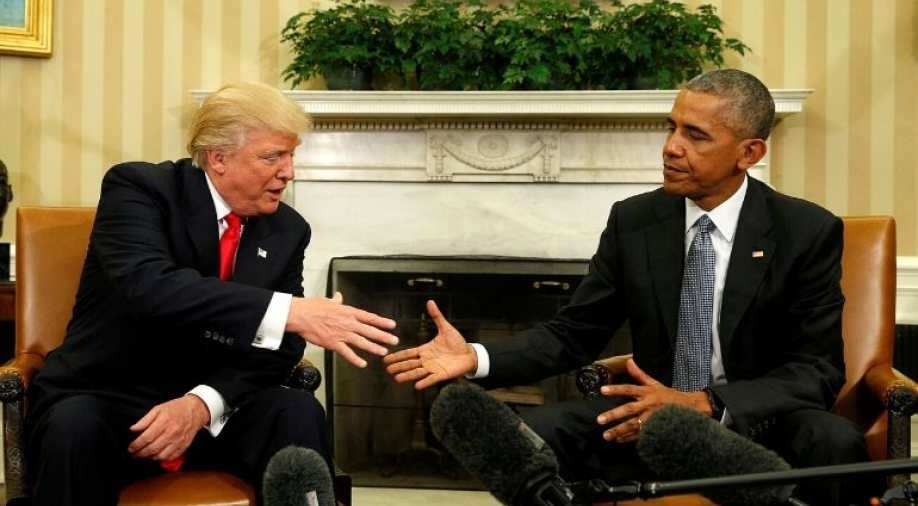 On Monday, Trump said Obama had committed treason by spying on his campaign along with his Democratic rival Joe Biden

United States President Donald Trump, who is currently campaigning for his reelection to White House in the upcoming 2020 Presidential polls has hit out at former US President Barack Obama.

On Monday, Trump said Obama had committed treason by spying on his campaign along with his Democratic rival Joe Biden. He, however, offered no evidence for the same.

This isn’t the first time Trump has hit out at Obama. Since the beginning of his term, he has called Obama an outsider and falsely claimed that he was born outside of the US.

Currently, polls show Trump trailing behind his rival Biden by 13 per cent in the bid for US presidency. Both Biden and Obama are set to hold a fundraiser which has already amassed $4 million.

Obama is the first Black American president ever. Ironically, the US Justice Department is currently reviewing Trump’s election as president in 2016, suspecting foreign interference in the elections. Earlier, Trump had claimed that Obama was spying on his campaign, but had not accused him of treason until now.

Trump recently told a local TV network, “It's treason. Look, when I came out a long time ago, I said they've been spying on our campaign ... Let's see what happens to them now."

"(William) Barr is doing a great job as attorney general, let's see what they come up with," he added.

However, Barr has claimed that he does not expect any charges against either Obama or Biden.

Recently, US intelligence agencies claimed that Russia played some role in Trump’s race to the White House in 2016. Robert Mueller, former Special Counsel discovered that Russia had peddled propaganda to harm the reputation of his rival Hillary Clinton. During his 21-month long investigation, he also found that both the parties had reached out to each other on multiple occasions.

You might also like: Trump likened his relationship with North Korea's Kim to 'dating', 'wanted to be the one to break-up'

Trump has been in the centre of another controversy owing to the book released by his ex-aide. The book is titled “The Room Where It Happened”, and has been at the centre of controversy in terms of its content. According to Bolton, Trump had sought political favours from Chinese President Xi Jinping and had allegedly not raised any red flags with China’s treatment of Uighur Muslims, who are reportedly kept in concentration camps.