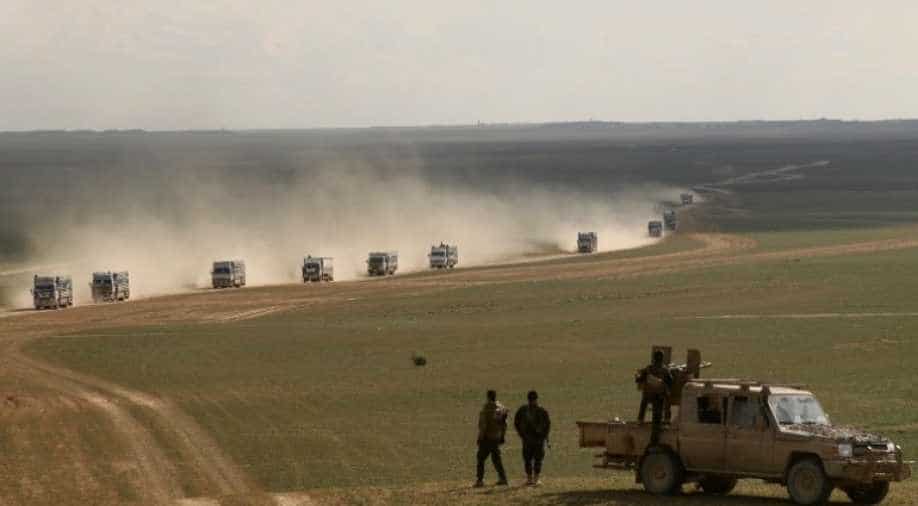 Islamic State lost most of its territory in 2017 in both Iraq and Syria to separate military campaigns by the SDF and the Iraqi and Syrian governments.

Trucks entered the last Islamic State enclave in eastern Syria on Tuesday to evacuate remaining civilians, said a source in the US-backed Syrian Democratic Forces, which is poised to capture the area.

The SDF has said isolating the civilians in the enclave at Baghouz from the remaining jihadists holed up inside is a crucial step towards the final capture of the last territory held by the jihadist group in eastern Syria.

Dozens of trucks could be seen moving along a road towards the village.

The United Nations human rights chief Michelle Bachelet said earlier on Tuesday that some 200 families remained trapped in the Islamic State enclave and called for their safe passage out.

Backed by a US-led international coalition, the SDF has recaptured swathes of northeastern Syria from Islamic State since 2015, finally cornering the group around Baghouz at the Iraqi border.

Islamic State lost most of its territory in 2017 in both Iraq and Syria to separate military campaigns by the SDF and the Iraqi and Syrian governments.

However, while the group has lost almost all of the caliphate it proclaimed in 2014, it has carried out guerrilla attacks in areas it controls and numerous Western and Middle East officials have said it still poses a threat.