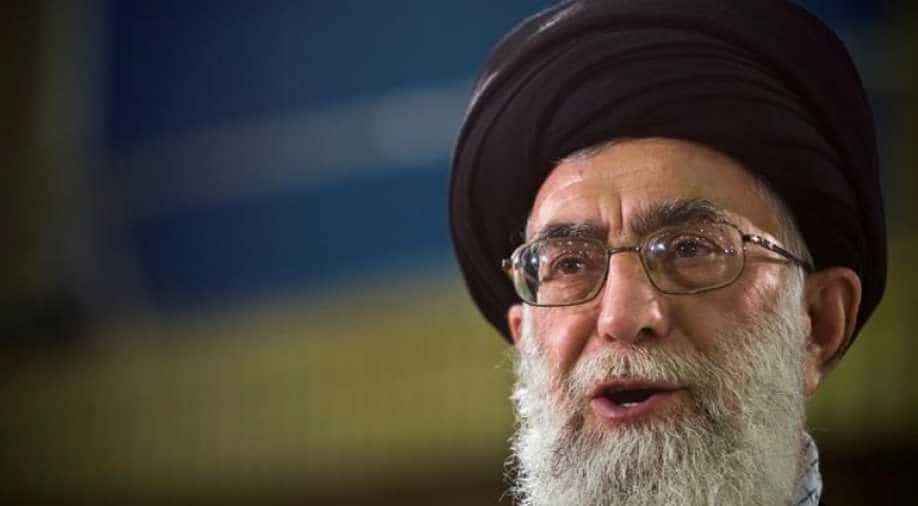 Rouhani, whose moderate administration struck the 2015 nuclear deal with world powers, is campaigning for another four-year term as Iran's top elected official||His comments mirror those of others in the run-up to the election, in which Rouhani faces five opponents

Iran's supreme leader warned today (May 10) that anyone trying to foment unrest around the upcoming presidential election "will definitely be slapped in the face" a sign authorities want to avoid a repetition of the violence that followed the country's disputed 2009 poll.

Ayatollah Ali Khamenei's comments came as the country's intelligence minister said his agents already disrupted one plot to cause disruptions.

Windows at a campaign office of President Hassan Rouhani were also broken by vandals.

So far, however, there has been no sign of major problems ahead of the May 19 election.

Khamenei spoke during a graduation ceremony in Tehran for cadets in Iran's Revolutionary Guard, a hard-line paramilitary force. He warned that enemies of Iran seek "to create tension and sedition to disrupt order and security."

"Those who ignore the country's security will definitely be slapped in the face," Khamenei said, according to the state-run IRNA news agency.

His comments mirror those of others in the run-up to the election, in which Rouhani faces five opponents. In 2009, former hard-line President Mahmoud Ahmadinejad's disputed re- election led to months of unrest and dozens of deaths.

Authorities blocked Ahmadinejad from running in next week's election.

Khamenei also mentioned a "wealthy American Zionist merchant" trying to interfere in Iran's 2009 election in his comments, likely referring to liberal billionaire George Soros. In 2008, hard-liners in Iran became increasingly paranoid about Soros and his work promoting democracy in a number of countries, with the Intelligence Ministry going as far as including Soros in a computer-animated public service announcement about its new hotline to report suspicion activity.

Soros' Open Society Foundations, based in New York, did not immediately respond to a request for comment.

In an interview aired Tuesday night, Intelligence Minister Mahmoud Alavi said his agents broke up a plot that would involve gangs of paid youths fighting each other. Alavi also said the ministry detained suspected members of an Iranian opposition exile group, without elaborating.

Candidates must manage their campaigns "in a way that protects national solidarity and integrity while not damaging ethics and values of the society," Alavi said.

Meanwhile, local news outlets in Tehran reported that windows had been smashed at one of the many campaign offices of Rouhani. They said another office previously had been targeted as well.

Rouhani, whose moderate administration struck the 2015 nuclear deal with world powers, is campaigning for another four-year term as Iran's top elected official. He faces five opponents, chief among them hard-liner Ebrahim Raisi, a close ally of Khamenei.

Raisi has criticized Rouhani, but said he wouldn't pull out of the nuclear deal.

"There is no evidence that the U.S. And the Western countries are abiding by their commitments," Raisi told an Iranian-backed news agency in Lebanon in a report released today.